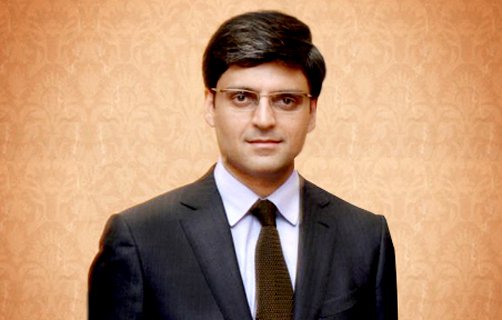 Demanding immediate corrective measures to end the ever-increasing income inequality, the concentration of wealth in a few hands and the disparities in development between the regions, PPPP’s Senator Osman Saifullah said low economic growth is the result of the ill-conceived economic policies of the PML (N) government.

These views were expressed by Senator Osman Saifullah while presenting the outlines of ‘Shadow budget for the financial year 2017-18’ on behalf of Pakistan People’s Party Parliamentarians (PPPP) at Sustainable Development Policy Institute (SDPI) here on Monday.

PPPP’s Senator said the low economic growth was a result of the ill-conceived economic policies of the PML (N) government which have led to unprecedented unemployment in the country. The increasing income inequality and concentration of wealth have been other major issues that demand immediate corrective measures. Likewise, huge disparities in development between the regions of Pakistan should also be a matter of grave concern for the current regime.

Senator Osman Saifullah lamented that the industrial manufacturing sector was destroyed by the wrong policies of the government whereas agriculture in the country had also seen a decline. Likewise, he said, the worsening trade competitiveness, declining exports and alarmingly growing trade deficit needed immediate corrective measures.

He said that the country was facing a broken tax system and hence, the government has failed to finance its obligations to citizens. The country was also observing the private sector being broken down as a job creation engine whereas a lack of trust in the government was resulting in a poor tax culture. The illiteracy and poor human capital, as well as a deteriorated education system still remain major setbacks for our national development.

The PPP senator said that the regulatory and bureaucratic environment was actually proving as an impediment for the growth private enterprise. The participation of women in the non-agricultural economy has not been increased whereas the government was busy in spending on unproductive activities.

He said that due to economic shocks and inflation, PPP would create and strengthen the safety net for the poor and vulnerable, ensuring equality of opportunity for all. He further added that the private sector should be promoted as the agent of growth. Likewise, steps were required to improve the profitability of players in the formal economy by cracking down on those operating in the black economy and undercutting documented economy players.

Senator Osman Saifullah termed it quite ironic that only 7pc of the borrowers were availing 93pc of loans. He said that the culture of examinations must be ended and voucher schemes should be introduced to enable people from the low-income groups to ensure quality education for their children.

He said that if our government comes in power, we would introduce a health insurance scheme in the federal capital and then in the provinces as well. We will focus on a countrywide re-training, skill development and education scheme to upgrade skills of those unemployed for 2 years or longer.

The PPP government, he said, will promote home ownership through the provision of mortgage finance for home building, so as to give all citizens a stake in this country. We will introduce technology – seeds, mechanisation, to improve yields and information technology (IT) to remove information asymmetries and would offer incentives for investment in agricultural and value-added industrial projects. Moreover, our government will reform the loss-making state-owned enterprises, he concluded.