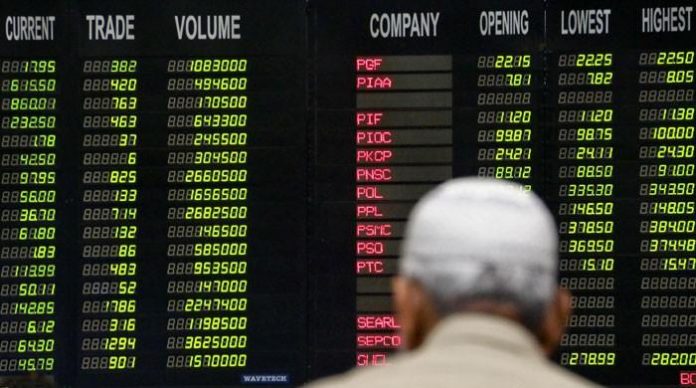 After performing poorly for the past week, the Pakistan Stock Exchange turned green on the first day of the trading week. The re-alignment of MSCI FM markets to EM status processed to play a part in the overall performance of the market as the situation swung back from the last week’s heavy sell offs by foreigners.

In another bid, the large sectors enjoyed uplift as the commercial bank sector, oil and gas exploration sector and cement added 3.53 per cent, 2.13 per cent & 3.52 per cent to their respective market capitalizations during the day. As the day progressed, an increase in crude oil prices was also witnessed as tensions simmered after Saudi-led four country coalition cut-off diplomatic and transport ties with Qatar. A major world news among the largest oil producing countries, this still had little effect on PSX as all the scripts listed in Oil & Gas Marketing and Exploration sectors remained green during the day.