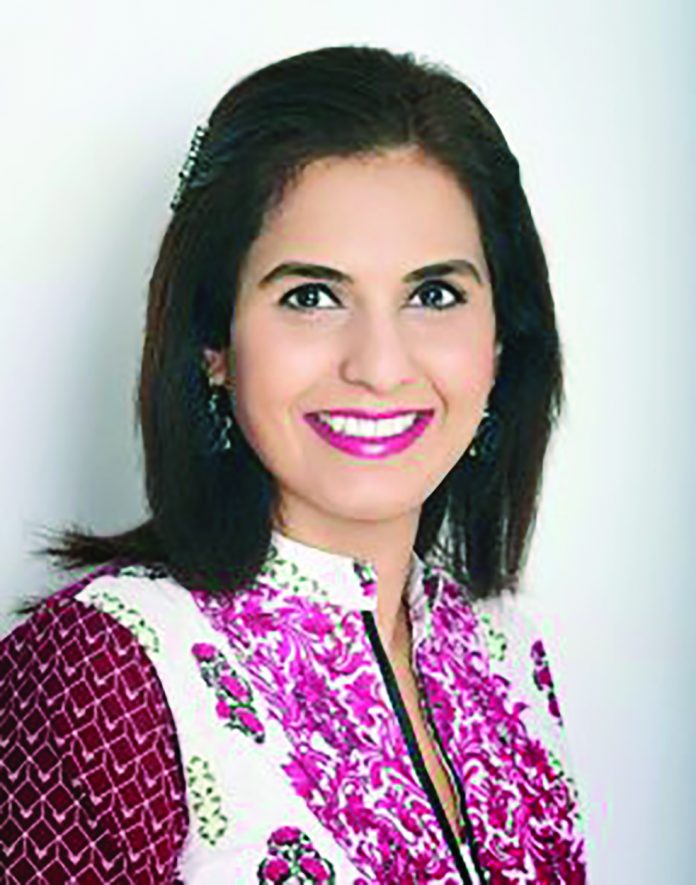 She was 11, shy and looked obviously very scared when I found her sitting on the floor of my living room with her aunt, who had brought her all the way from a village near Sargodha to work. Her father had died leaving 12 children, a wife and an old mother behind with no source of income. Being older than the five younger brothers she had no choice but to quit school and start working, in order for her brothers to keep going to school and to keep the stove of her household burning. On the pleas of her aunt, I employed her to babysit my son while I was at work. With a small bag containing her few belongings she came to stay with us and slowly became a part of our family. A year later when we moved to UAE, she went back with her aunt. This is Sonia.

A few years later when I was visiting my parents in the summer and had a six month old baby, my parents’ housemaid had brought her younger sister Marya to babysit my son. She was barely 12 and a tiny one full of mischief and ready for a prank at any time. After a few weeks, I left and she went back to her village. Next year when I was planning to visit again, I asked my parents to find Marya again for me, since now my son was a toddler and with all the trips to the bazaar and social events, I needed someone to help me while I was there. She didn’t come, but a very sad news came! During the course of that year, she went to work for someone else, got pregnant by their adult cook and aborted her child! Even after so many years, thinking about it gives me shivers. My son is now nearing 12, and to me, he still is a baby. She must have been the same age. No child should have to go through anything like that.

Child labour was not an invention of the Industrial Revolution. Poor children have always started work as soon as their parents could find employment for them. With industrialization, the new factories and mines were hungry for workers and required the execution of simple tasks that could easily be performed by children. The result was a surge in child labour – presenting a new kind of problem that society had to tackle.

Despite centuries of efforts against forcing children to enter the workforce across much of the developed world, internationally, child labour still is a major problem. The most horrific and widespread child labour practices today are seen in Africa and Southern and Western Asia.According to Maplecroft’s Child Labour Index, Pakistan ranks among the ten worst countries, with children being forced into backbreaking labour.

As per the United States Department of Labour report, nearly 13% of Pakistani children accounting for 2,449,480 individuals between the ages of 10 to 14 are child labourers. 76% of these children work in the agricultural sector involving activities like working in crop fields, fishing and shrimp harvesting and processing. A large number of children are also engaged in restaurants, tea stalls, transportation, and garbage scavenging. The glass bangle industry, carpet weaving, coal mining, brick kilns, and the automotive industry also employ Pakistani children. According to ILO, poverty is the single major factor responsible for the high prevalence of child labour in the country. With 17.2% of the population living below poverty line, families are often forced to send their children to work to sustain the family.

The most common kind of child labour is agricultural or domestic work for the family. While children can benefit from a reasonable level of participation in household chores/activities and derive a sense of self-worth from their work on behalf of their families, all too often work for the family demands far too much of them. It may require them to work excessively long hours that keep them from attending school and can take too great a toll on their developing bodies.

Much of the work for the family within the home is done by girls, and most of the hazards faced by working boys are faced by girls too. Yet girls have extra problems of their own to face: from the sexual pressures of employers to exclusion from education. According to ILO, 56 per cent of the 10- to 14-year-olds currently estimated to be working in the developing world are boys. Yet if we were able to measure the numbers of girls doing unregistered work as domestic servants, or work at home that liberates other family members to take up paid employment, the figures would show more female child labourers than male. Girls also work longer hours on average than boys. This is especially true of girls who carry a double workload – who hold down a job outside the home but must still fulfil their domestic duties on their return.

The most vulnerable and exploited children of all – as well as the most difficult to protect – may well be those in domestic service. They are often poorly paid or not paid at all; their terms and conditions are entirely at the whim of their employers and take no account of their legal rights; and they are deprived of schooling, play and social activity, not to mention emotional support from friends and family. What is more, they are vulnerable to physical and sexual abuse.

The isolation of children in domestic service also makes it difficult to establish reliable estimates of their numbers around the world. Bonded child labour occurs mainly, though not exclusively, in South Asia, where children, often only eight or nine years old, are pledged by their parents to factory owners or their agents in exchange for very small loans. Their lifelong servitude never succeeds in even reducing the debt.

No social sector can escape responsibility.All over the world, children are found to be doing industrial or plantation labour in hazardous conditions. The physical risks to these children – from dangerous chemicals or from faulty machinery, for example – are often more evident than the hazards to their emotional and social development, which are nonetheless profound.

The industries involving children come in all shapes and sizes, from the leather industry in the Naples region of Italy to the brick-making industries of Colombia and Peru, which can involve children as young as eight.

The numbers of children exploited by plantation agriculture across the world may be as great as those involved in industry — and the dangers associated with their work no less appalling. In Brazil’s sugar plantations, for example, children cut cane with machetes, at constant risk of mutilation. In some areas, children make up a third of the workforce and are involved in over 40 per cent of work-related accidents. In Nepal, children work on tea estates for wages so low that they often need to work 14 hours a day.

Street work can be cruel and hazardous for children, endangering their physical and psychosocial development and often their lives. Most of these children struggle at legitimate work on the street for their own or their families’ survival. They shine shoes, wash and guard cars, carry luggage, hawk flowers and trinkets of every imaginable kind, collect recyclable junk and find a thousand other ingenious ways to make a little money. The vast majority of them return to their homes in shanty towns and squatter settlements each night: these are children on the streets, but not of them.

As the world strives to achieve the elimination of child labour by 2025, on this World Day Against Child Labour, let’s join forces to end child labour by promoting and enhancing education; building on national and international legislation and improving enforcement; empowering the poor; mobilizing society; and campaigning for companies to take greater responsibility for their actions and those of their subcontractors.