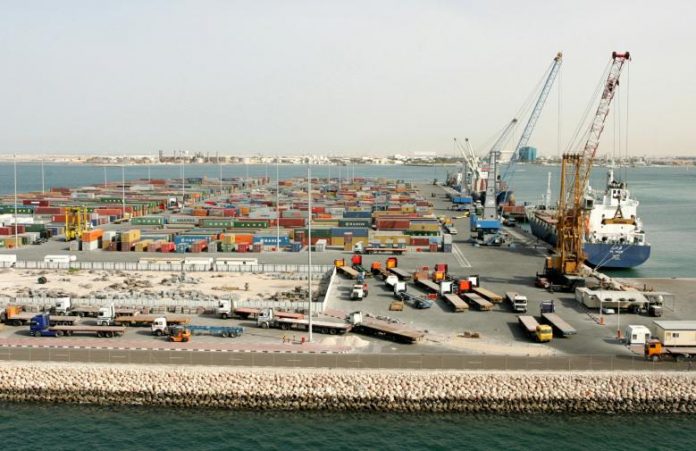 DOHA: The political crisis in the Gulf is putting at risk business deals worth $2 billion in Arab countries that have cut ties with Qatar, an economic official in the emirate said Monday.

Yousuf Mohamed al-Jaida, chief executive of the Qatar Financial Centre, said the majority of the contracts at risk — some $1.5bn (1.3bn euros) — were in the area of construction.

The level of exposure for businesses from Saudi Arabia, the United Arab Emirates and Bahrain has been negatively impacted alongside that of Qatari businesses in the current crisis.

“We sincerely believe that the impact is regional, not only local,” Jaida told reporters at a briefing in Doha.

“Qatar’s exposure to the blockade countries — the UAE, Saudi Arabia and Bahrain — is limited. This is a fact,” he said in English.

“There is on the other hand a couple of billion dollars of contracts of these blockade countries impacted in Qatar due to restrictions in their own countries,” he added.

Some $18bn in short-term deposits held by Saudi, UAE and Bahraini banks would mature in the next two months, but if the funds were withdrawn they could be “easily” covered by the Qatari government, said Jaida.

The economist said Qatar’s sovereign wealth fund, worth some $335bn, was largely unaffected as it was mostly invested outside the Gulf.

Saudi Arabia, the United Arab Emirates, Bahrain are among a string of countries which this month cut ties with Qatar over accusations the emirate supports extremism.

Gas-rich Qatar is currently in the middle of a massive $200-plus billion infrastructure programme to help the country to prepare for the 2022 football World Cup.

Imports from Saudi Arabia, the UAE and Bahrain, including construction materials and food, represent about 14 per cent of Qatar’s total imports, said Jaida.