President emphasizes use of modern technology 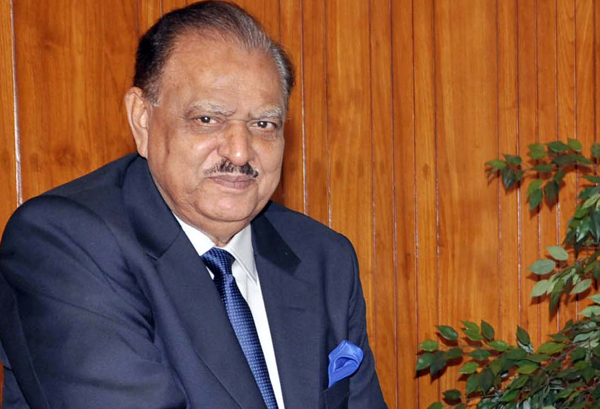 Islamabad: The use of modern technology in China-Pakistan Economic Corridor (CPEC)-related energy projects will alleviate the energy crisis in Pakistan and play a key role in its long-term growth, said Pakistan President Mamnoon Hussain.

Talking to Chinese Minister for Science and Technology Dr Wan Gang, who called on him, he said that bilateral cooperation in the field of science and technology was progressing well and expressed hope that decisions taken during this visit would further enhance cooperation in this area.

The meeting held on Saturday was attended by Minister for Science and Technology Rana Tanveer, Chine Ambassador Sun Weidong and other senior officials. “We are also interested in benefitting from China’s ambitious China-South Asian Countries Science and Technology Partnership Programme (CSA-STEP) and enhance our economic cooperation through technology transfer,” the president added.

He noted with satisfaction that 17 protocols had been concluded so far in accordance with the Framework Agreement on Science and Technology, signed between the two countries in 1976, and the 18th protocol would be signed during this visit.

Hussain said Pakistan and China were ‘iron brothers’, strategic partners and good neighbours. “The friendship with China is the cornerstone of our foreign policy and bilateral strategic partnership serves as an anchor for regional peace and stability.”

He emphasised maintaining the momentum of high-level bilateral exchanges and enhancing people-to-people interactions. The president underscored that CPEC was the latest example of their excellent economic cooperation.

Scientific knowledge and technology could bring value addition to CPEC projects, he said, adding that they were keen to incorporate this knowledge in industry for value addition of local raw materials and finished products.

Also speaking on the occasion, the Chinese minster said that both countries had a long history of working together in various fields including science and technology. He offered to cooperate in all sectors where Pakistan needed Chinese support including maritime industry, biodiversity, renewable energy, establishment of joint scientific labs for the young scientists and working together for the climate change for the benefit of entire humanity.