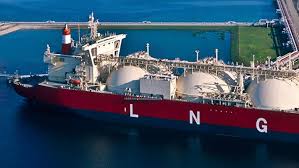 Outlining Pakistan’s ambitious plans – which, if fully implemented, could shake up the global LNG market – Abbasi said that imports could top 30 million tonnes by 2022, up from just 4.5 million tonnes currently.

“Within five years, I don’t see any reason why we should not be beyond 30 million tonnes (in annual LNG imports). We will be one of the top five markets in the world,” Abbasi said.

That kind of jump would represent one of the fastest growth stories in the energy industry, comparable to what China has done in many commodities – but there are doubts whether Pakistan can achieve its ambitions, given the complexity and cost of expansion projects.

“Still, it is one of the key LNG growth markets, and its demand will help tighten up the market that has threatened to lurch into over supply.”

Abbasi said no one took Pakistan seriously after a decade of botched attempts to bring LNG to the country, but this has changed with the construction of new LNG terminals and gas plants. He said foreign suppliers are now arriving in Pakistan – where energy shortages have prompted Prime Minister Nawaz Sharif to promise he’ll end the country’s frequent blackouts.

“Before, we used to go out to talk to LNG suppliers. Now they’re coming to us,” Abbasi said.

“(LNG) is really what has saved the whole energy system. It has been a huge success in Pakistan and it will continue,” he said after Sharif on Friday inaugurated a new Chinese-built LNG power plant that uses General Electric turbines.

Pakistan built its first LNG terminal in 2015 and, after some delays, a second terminal is due to come online in October, doubling annual import capacity to about 9 million tonnes.

A consortium of Exxon Mobil Total , Mitsubishi Qatar Petroleum and Norway’s Hoegh is expected to decide by September whether to build a third LNG terminal for about $700 million, Abbasi said.

Pakistan has dropped plans to finance up to two more terminals, as private companies have said they would finance these themselves and use Pakistan’s existing gas network to sell directly to consumers.

“That’s been the real success and that’s where the growth will come from,” Abbasi said, adding that about 10 million homes are linked to gas connections in Pakistan – a nation of around 200 million.

“In the last four years, we would have added two million additional connections. We are really ramping that up.”

If Pakistan achieves its ambitious development goals, it could significantly erode market oversupply, which has helped pull down Asian LNG spot prices LNG-AS by more than 70 percent since 2014 to around $5 per million British thermal units (mmBtu).

Abbasi said Pakistan is in talks with Russia, Indonesia, Malaysia and Oman about government-to-government deals for up to three monthly LNG cargoes for its second terminal, which can import 600 million cubic feet of gas per day, equal to six cargoes a month.

“We have a basic idea of what the market is. So if we are able to better those prices through negotiated procurement, we will go with that, otherwise we might float some more tenders,” Abbasi said.

Tenders for two of the terminal’s six cargoes have already been won by trading house Gunvor and Italy’s Eni , which have signed 5-year and 15-year deals, respectively. The contracts are worth about $5 billion over their lifetime.

Qatar supplies most of the gas for Pakistan’s first LNG terminal.

Abbasi said Pakistan is considering inviting private investors to build small-scale gas power plants to add another 3,000-4,000 megawatts to the network, on top of the three new LNG plants that will contribute 3,600 MW.