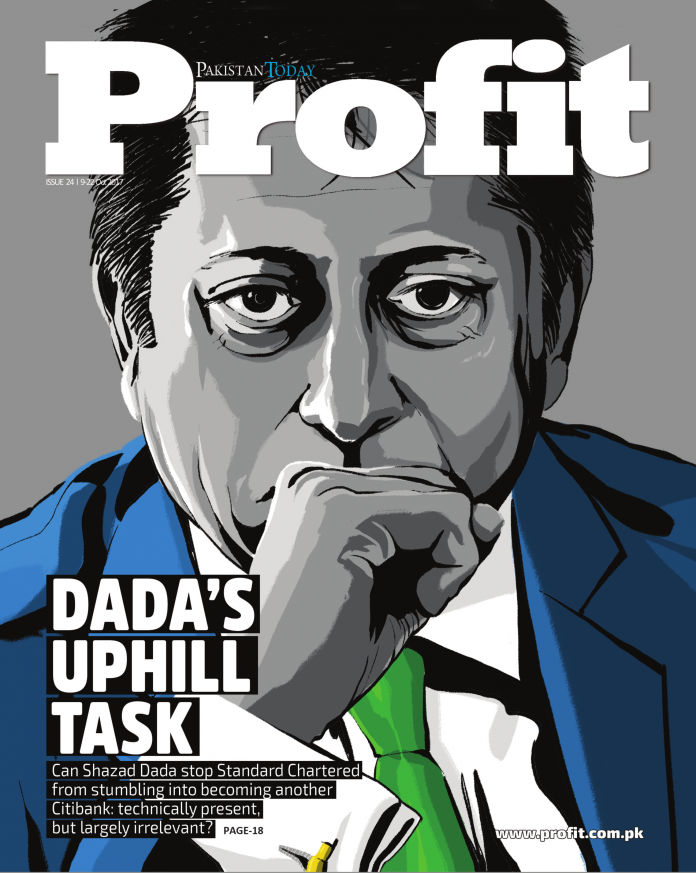 Yes, digital is the future in all sectors, including banking. Yes, Standard Chartered has a bit of a first movers advantage within the sector; theirs is still the sleekest digital banking experience for users despite others now getting in on the game. But, by putting too many eggs in the digital basket, are they setting themselves up for failure?

Despite the phenomenal growth in digital banking in the past five years, Pakistan is still a firmly cash-based economy. Closing down brick-and-mortar branches to invest in digital banking isn’t going to fly in our economic geography. Not yet at least.

Consider the retail sector, one of Pakistan’s most rapidly growing sectors – and according to a recent report the single largest growing retail sector in the world. Most of their receipts are in cash. At one, or several points in the day, an outlet has to deposit its cash in the nearest branch of their bank.

By closing down branches, a bank runs the risk of locating its brick-and-mortar presence away from a particular outlet, disincentivizing having an account there. Though they might pretend otherwise, retailers often make their decision of where to bank on the “whichever is closest” rule rather than some high falutin banking parametrics.

And there isn’t any need to restrict ourselves to the retail sector either. To give an example closer to home: Pakistan Today banks with Bank Alfalah. If tomorrow, Alfalah were to somehow close our branch, the magnificent and stately Shahdin Manzil on Charing Cross, my Accounts Department would be persistently asking me (I am also the COO of Pakistan Today)  to switch banks. It would be way too much more work travelling all the way to wherever the now-nearest branch would be. They would even be ready to put up with a bank that doesn’t have as good a customer care culture as Alfalah. They might even be tempted to take their business to the bank-from-hell* whose branch is right below our office.

Truth be told, we still don’t know whether this decision of SCB to speed up digital is because of a conscious switch or because of the uncompetitive behaviour set up by the bank’s international overlords. You see, the bank has taken a decision that all businesses, irrespective of their fundamentals and credit-worthiness, won’t be given a credit rating more favourable than the country’s ratings. In Pakistan’s case, that means an attractive company like Packages, which is the Belle of the Ball for other banks, will be offered comparatively lousy rates by SCB. Then, there is the whole issue of the clunky workflow. To compare, all of MCB’s decisions are taken within the country, while in SCB, even the no-brainers are sent up to Dubai for approval.

In the face of this squeeze on the revenue side, the bank has no choice but to cut down on costs by closing down branches and throw in its lot in the digital world.

Perhaps a better approach would have been to shrink the size of its branches, not shut them down altogether. That way, they would cut costs as well as retain their accounts.
But what do I know? I am not a banker, only a banking client. You know, the one we keep hearing is the king.

*I won’t tell you which one. Between this issue and the one before the last, we at Profit are in enough trouble with the banks as it is.