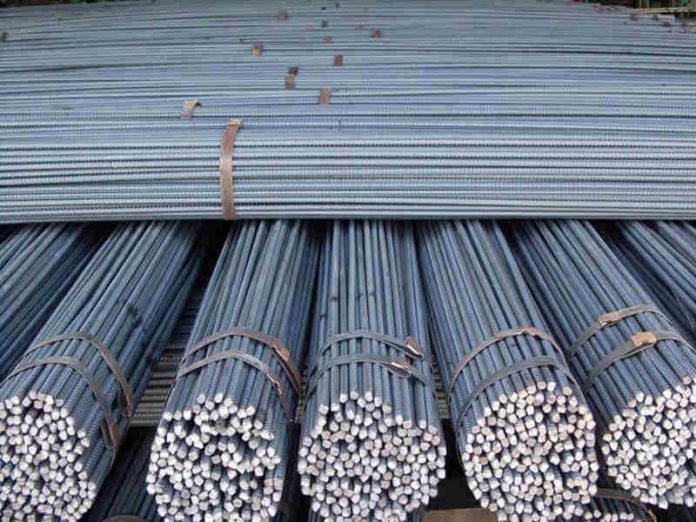 KARACHI: In its latest notice National Tariff Commission (NTC) has announced a definitive anti-dumping duty (ADD) of 19.15% on import of Deformed Concrete Reinforcing Steel Bars (re-bars) from China. The ADD is in addition to the 30% already in-place regulatory duty on import of re-bars from the neighboring country, thus taking total duties to 49.15%.

To put it simply, Deformed Concrete Reinforcing Steel Bars referred as re-bars are the steel bars most commonly used in construction and known as ‘sarya’ in local language.

The commission has imposed the said duty after a year-long investigation at the behest of applications lodged by Amreli Steels Limited (ASTL), Agha Steel Industries Limited and Abbas Engineering Limited on behalf of the domestic steel industry producing re-bars.

The commission established that the domestic industry producing re-bars suffered material injury on account of volume of dumped imports, price undercutting, decline in market share & productivity and magnitude of the dumping margin.

“The commission has therefore decided to impose a definitive Anti-Dumping Duty of 19.15% retroactively on C&F value on imports of re-bars originating from People’s Republic of China for a period of five years effective up till Oct’22,” said the NTC notice.

Previously an anti-dumping duty of 24.4% was also imposed on the import of raw material (CC Billets) in June on the back of applications from Amreli Steels Limited, Agha Steel Limited and AGS Metals Limited.

“This measure will further cement protection for the domestic long steel industry and provide them a level playing field, as ADD on re-bar has been imposed to rationalize the duty structure between raw material and finished imports,” said Adnan Sami Sheikh, analyst at Topline Securities Limited.

“This [latest duty] is a positive step taken by the NTC as it will give further confidence to local players that they have a protection against the foreign players,” added Sheikh.

“The difference between local price of rebar and price of imported rebar currently stands at Rs24-25k per ton therefore we term the imposition of duty a positive for the sector as it increases the import protection for local producers,” the same was said by analyst report from Pakistan Equities Limited.

“However, we do not see any impact in short term as local producers will find it hard to increase prices given the fragmented nature of the industry,” the report further added.

According to Sheikh, as the imports from China have already ‘dried up’ due to the imposition of 30% regulatory duty, declining from $51 million in FY16 to $13 million in FY17; it is unlikely for local players to take advantage of the recent anti-dumping duty by increasing prices.  The duty will however give an edge to local players against the Chinese competition whose exports will further fall.

Further anti-dumping investigations are also currently underway on Color Coated Steel Coils/Sheets (CCS) originating from China and South Africa and should an ADD be imposed on them, it could prove to be a major positive for the local flat steel suppliers, said Taurus Securities Limited’s report on the outlook.

ISLAMABAD: The export of pharmaceutical goods from the country has witnessed an increase of 7.36 per cent up to $73.428 million during the first...
Read more
HEADLINES

ISLAMABAD: The fertiliser industry has opposed the application of the Sindh Environmental Protection Act, 2014, on warehouses and manufacturing plants, terming it an unnecessary...
Read more
HEADLINES

The Khyber Pakhtunkhwa (KP) government on Tuesday gave approval to the imposition of excise duty on minerals for miners with a fine of up...
Read more
- Advertisement -

October 26, 2021
NEW YORK: The cryptocurrency market remained on an upward trajectory on Tuesday, with the market capitalisation gaining 0.7 percent to reach $2.74 trillion as...