Pakistan to increase per capita income to $10,000: WB official 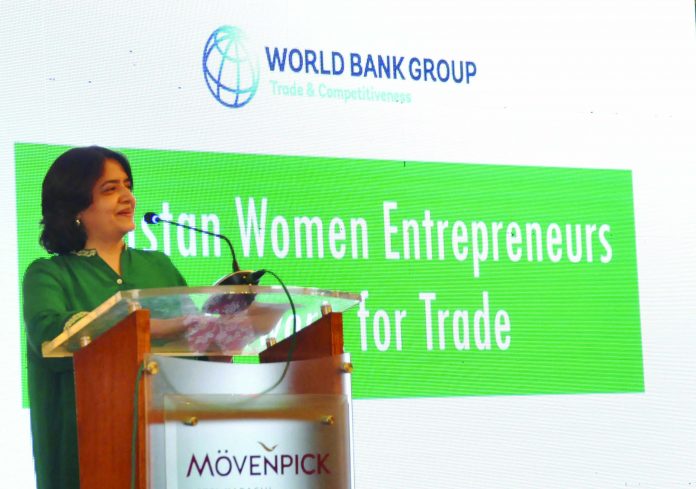 “Pakistan can increase its per capita income to over $ 10,000 in the next 30 years. I see a prosperous Pakistan by the year 2047. But for that to happen, 50 per cent of the population (women) has also to be proactive,” said Patchamuthu during the launch of Pakistan Women Entrepreneurs Network for Trade (WE-NET) here on Thursday at a local hotel.

According to WE-NET Founder and President Yasmin Hyder, WE-NET is a representative platform for women entrepreneurs in trade of goods and services. Australian government under its Pakistan Trade and Investment Policy Program has partnered with WGB to support this initiative.

Australian High Commissioner to Pakistan Margaret Adamson said that gender equality was essential for economic and social development globally and was at the core of Australia’s foreign policy.

“According to a study, I was told once that a loss of 12 trillion American dollars has been incurred globally by not having opportunities for women worldwide,” Adamson said. “The world is incurring a loss in innovation and invention. Women also should get equal opportunities just as men have, which would increase economic growth.”

W20 Founding Chair Dr Gulden Tarktan, an engagement group of female leaders of the G20 nations, emphasised the necessity of including women in the formal economy.

She said that it could be done through addressing women’s economic empowerment through education, employment and entrepreneurship. “Supporting women-owned enterprises and innovations are beneficial as it has been seen that woman entrepreneurship enhances economies”.

KAGIDER (Women Entrepreneurs Association of Turkey) Secretary General Yesim Sevig on the occasion said that the companies that hire women have shown consistent performance and have proved to be environmentally friendly.

Yasmin, who is also New World Concepts CEO, earlier said that there has been a need for a women entrepreneurs’ network in trade given the changing demographics, growth in technology and improved access to markets.

“The economic impact of female entrepreneurs holds the potential to be a major driver of economic growth in Pakistan and elsewhere in the world,” she said.

She also highlighted how technology is revolutionising business operations and the need for women entrepreneurs to benefit from digital processes and e-commerce capabilities for global trade.

“If some woman wants to export something then where she should go to get answers to her queries and learn about opportunities and challenges? WE-NET will be the platform to give that assistance to women entrepreneurs,” WE-NET official Hina Imtiaz said.