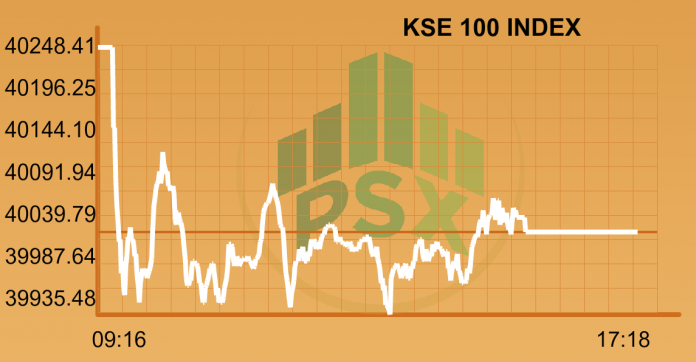 LAHORE: KSE-100 index fell 234 points (0.6 per cent) as investors were concerned over the recent countrywide protests and clashes between religious parties and civil administration who were demanding the resignation of Pakistan Law Minister over the controversial change in the Election Bill.

Countrywide protests that sprung up after Islamabad operation have started to disperse after protest groups and government reached an agreement early Monday. Some relief emerged when the government caved into demands of protesters whereby a deal was brokered by Pakistan Army which entails resignation of Law Minister in exchange for calling off nation-wide protests.

Following the voluntary resignation of Federal Law Minister Zahid Hamid, the government and Faizabad protesters reached an agreement on to end the sit-in.

Kohat Cement (KOHC) informed the bourse that the Letter of Credit for 7,800tpd Grey Cement Line has been established.

Furthermore, Singer Pakistan (SING) disclosed material information regarding Scheme of Arrangement; where Cool Industries shall be merged into SING against issuance of 94 million shares with swap ratio of 1.79, Link Wel shall be merged against issuance of 2.5 million shares on swap ratio 0.33, retail business shall be demerged into subsidiary Electronics Markets Company which shall issue 25 million shares in favor of SING, and the new name of the company shall be ‘Waves Singer Pakistan Limited’.