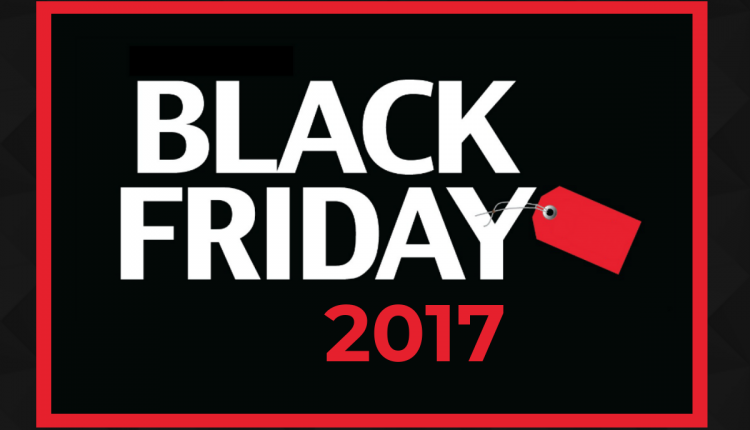 Upon hearing her friends’ last year’s experience of Black Friday sales in which they availed great discounts, the 21-year-old pharmacy student from Karachi University, Maleeha Rasheed was looking forward to this year’s biggest discount event. Ultimately when all the e-commerce stores started offering sales in November under the name of Black, White and Big Friday, Maleeha was waiting to make the most of it.

An avid cosmetics buyer with serious pocketbook limitations, it goes without saying that Maleeha has no choice but to look for sales to indulge her.

“I spent somewhere around Rs15,000-Rs20,000, mainly on cosmetics and some clothing,” said Maleeha, who had blown the money she had scrimped on for the last few months to have some cash at hand to grab the fortuitous opportunity.

“Though I was expecting better deals online, as my friends had wizened me up, instead of going for bundle deals where some items had haphazardly been lumped together, I preferred opting for stand-alone deals, picking from the brands that I liked,” said Maleeha after having spent a major portion on cosmetics sold by Daraz.pk – the pioneers of Black Friday trend in this country.

“Most of my friends have the Daraz app downloaded on their phone, and also of other brands; the advice was to wait for Black Friday and then pull out all the stops,” the 21-year old

The driving force behind, by her standards, ‘huge’ expenditure this time around was the goodies on offer with prices that were a steal on Black Friday.

Daraz.pk alone had made history by going past the Rs1 billion high-water mark last year. This year other e-commerce giants, like the TCS-affiliated Yayvo.com, also jumped into the fray to partake of the spoils. According to Adam Dawood, head of Yayvo.com, the turnout on online site was “ginormous – quite unbelievable”.

“I can tell you already that we have surpassed our last year’s turnover and the number of orders has been way higher than the previous year’s,” said Dawood whose store commenced sales under the name of White Friday from first Friday of the month and added various sales categories on all subsequent Fridays.

To Dawood, huge turnover and better than last year’s performance came on the back of two things. First, internet penetration has now brought as many as 45 million smartphone users in the country. Second, the word-of-mouth impact that gave awareness and inspiration to Maleeha and many others to become a part of the Black Friday trend in Pakistan.

Presumably, the same reasons drove what Daraz.pk has been calling ‘record-breaking sales’ of the year in which Daraz.pk reported Rs3 billion sales for its four-days long Black Friday event of 2017.

“Two years ago we brought Black Friday to Pakistan; then last year everyone one saw how it became a retail trend with conventional retail also joining the bandwagon. This shows that Black Friday is not a niche trend anymore, e-commerce is not a niche anymore,” said Hammad Ravda, Chief Marketing Officer, Daraz.pk.

Undoubtedly, the trend did gain popularity among the public and what started as Black Friday a couple of years back was re-christened ‘Big Friday’ this year by the prime mover, Daraz.pk.

Not only Daraz.pk but its competitor and a massive beneficiary, Yayvo.com hitched its wagon to the Black Friday. It’s behemoth of an offline campaign for marketing the event was setup by the TCS e-commerce store. It was an attempt, divulged Dawood, to further attract the large user-base of internet consumers in the country who are rapidly gaining awareness through both online and offline mediums. The result was clearly seen by the e-commerce site as it broke last year’s sales record.

The general public as well as shopaholics had marked their calendars for the last weekend of the month as all major retail brands, online stores, food chains and home-based small startups were offering substantive sales on their products spread over the span of three days.

All major retail brands – including Khaadi, Gul Ahmed, Sana Safinaz, Sapphire, to name a few – went up on sale between Nov 24-26 and malls throughout the country witnessed huge turnover of customers.

“I went to a Sapphire store early and the stocks were gone within minutes; it was like a football match going on in the shop,” said a customer who visited the Dolmen Mall Clifton outlet on Friday afternoon.

Another Dolmen visitor the same day told Profit that upon reaching there at 3:15 pm [the Mall had opened at three in the afternoon], the parking space could only be found at the farthest corner of second basement. Such was the enthusiasm customers displayed on Black Friday event in the conventional retail.

This huge turnover can also be attributed to the trust and comfort level Pakistani people have developed for online shopping against conventional retail. Though the reported Rs3 billion sales of Daraz.pk signifies the ever-growing popularity of e-commerce platforms, customers still prefer to check the product first-hand and compare price tags before buying.

Unfortunately, of the many buyers and avid online shoppers, keeping a watchful eye on their desired products throughout the year, on social media platforms, quite a few were seen complaining about regarding the first increased and only later discounted prices of various products on various e-commerce stores. If true, this is kind of complaint that has the potential to malign the essence of the globally renowned Black Friday event.

“Last year I spent around Rs25,000 on Black Friday, buying some gadgets as well,” said Nida Fatima, a 25-years old marketing professional. “This year I had planned to buy some stuff for my nephews but when I checked the prices online, the discount prices were ironically the same as before, so I dropped the idea of buying anything from Daraz.pk and only got stuff directly from online stores of clothing brands,” she summed up her not-so-memorable experience.

Nonetheless, Daraz.pk still succeeded in attaining four times more orders than last year’s half a million and three times more visitors’ sessions on its website portal. A huge turnover of its sales also came on the back of 76% of mobile users and 55% orders which were placed via the e-commerce site’s mobile application.

However, in order for this trend to continue in the coming years and to ensure that Pakistan’s e-commerce industry hits $1 billion predicted benchmark in 2020, online stores need to ensure quality of the products and legitimacy of Black and White Friday sales.

As L’Oreal Pakistan’s Marketing Director, Uneeb Akram said of his company’s policy, “Internally we say that e-commerce is not just the cherry, it’s the cake.”

This indeed is the kind of import and respect that e-commerce needs to be afforded. And behind L’Oreal Pakistan securing millions of rupees in sales and emerging as one of the highest selling brands in 2017 was perhaps this attitude.