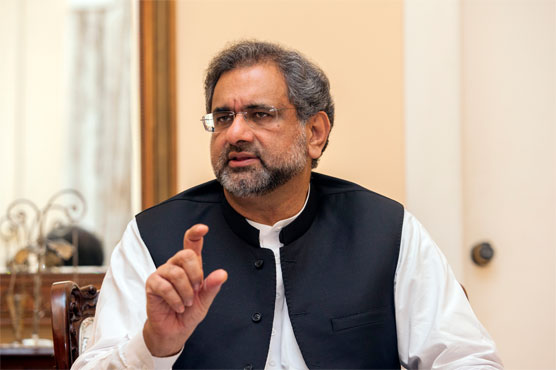 ISLAMABAD: Prime Minister Shahid Khaqan Abbasi on Tuesday said the government was cognizant of the issues faced by industrialists and was working diligently on tax reforms.

“We understand that there is a delicate balance between tax collection and industrial growth”, he stated.

The prime minister expressed these views during the meeting with a delegation of prominent industrialists, which led by Federation of Pakistan Chambers of Commerce and Industry (FPCCI) Chairman Mian Anjum Nisar called on him here at the PM Office.

During the meeting, various proposals regarding the enhancement of exports, incentives for industrial zones, tax reforms, infrastructure development and measures for reducing trade deficit were put forward by the participants.

The prime minister reiterated that industrial consumers would be provided with uninterrupted gas and power supply.

He emphasised that the government was always open to suggestions from the business community.

The prime minister further added that infrastructure development for special economic zones was being undertaken on a priority basis.

The business community appreciated and acknowledged the special focus of the government towards sustained power and gas supply for the industrial sector. Moreover, the representatives also lauded the government for restoring law and order in the country that has resulted in improved investor confidence.

Proposals regarding the financing mechanism for the encouragement of local Small and Medium Enterprises (SMEs), production of traditional items, facilitation in licensing processes, rationalisation in tax regimen and establishment of a think tank for the annual budget were also discussed during the meeting.

The industry representatives highlighted the benefits of reforms in FBR and long-term industrial policy that could result in increased economic growth.

The representatives of Women Chamber of Commerce proposed special incentives for women entrepreneurs and representation in foreign trade delegations.