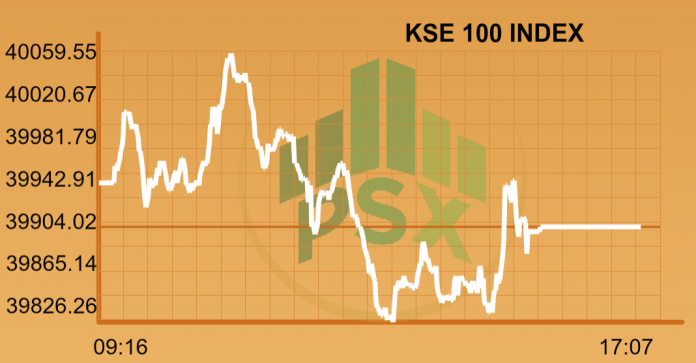 LAHORE: Although Pakistan’s benchmark KSE 100 witnessed range-bound trading, with the index ending the session little changed -38 points or -0.1 per cent, stock and sector specific performance varied drastically. Volumes sustained previous trading day’s levels while value traded shed 36 per cent to an abysmally low $ 37.3 million. This is the fourth session in 2017 which traded under $ 40 million indicating low institutional interest while individuals are busy gambling in penny stocks.

SNGP (-4.7 per cent) fell below Rs 100 share after 211 sessions since January 31, as people allegedly came to the consensus at Wednesday’s public hearing that the new tariff would be detrimental to profitability. Meanwhile, KAPCO (-5 per cent), considered to be one of the safest investments given its low-price volatility and high dividend yield, came under the gun as anecdotal reports suggest heavyweight selling given outlook expiry of PPA in FY21 and bleak outlook of oil plants (albeit it is the largest IPP, multi-fuel fired and efficient).

Fauji Cement Company (FCCL) announced a special Board of Directors meeting on December 12, 2017, to discuss future expansion plans and roadmap.