Asia on course to increase interest rates in 2018

China is emerging as a key driver of Asia’s policy track next year, with growth in the world’s second-biggest economy set to lose momentum as authorities there extend a year-long crackdown on financial risks 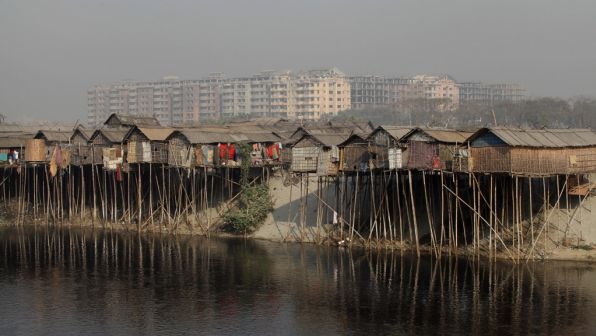 HONG KONG: Tighter monetary policy is coming to Asia next year. Yet it will lag the Federal Reserve’s rate hikes as Asian central banks balance an exports-led revival in growth with a slowdown in regional locomotive China.

That will mark a shift from a few months ago when most economists expected Asian policy makers to hold their ground or even ease further, but the trade windfall behind a synchronized uptick in global growth is seen lasting longer.

Last week South Korea took advantage of the trade boom to normalize policy, lifting rates for the first time in more than six years, and analysts expect Malaysia and Philippines – where growth has also benefited from a surge in public investment – to hike in the first quarter.

With the benefit of hindsight when the Fed in 2013 signaled it was time to exit ultra-low rates and sparked a taper tantrum, regional central banks should be more confident of looking at the strength of their own economies rather than that of the United States.

That de-coupling has been on show in the past two years as Asia shrugged off four U.S. rate hikes, and some countries even cut rates over that period.

Of course, the Fed cannot be totally ignored as it is expected to hike again next week and two to three more times in 2018. Korea and Malaysia have some of the lowest real interest rates relative to the United States since the global financial crisis and were responsible for most of the net bond market outflows in Asia in October.

Australia and New Zealand could hike later next year, China might raise its short-term policy rates, while some analysts expect even India and Indonesia, which have been cutting recently, to reverse their moves.

China is emerging as a key driver of Asia’s policy track next year, with growth in the world’s second-biggest economy set to lose momentum as authorities there extend a year-long crackdown on financial risks.

The numbers show Asia is less dependent on American growth than in the past.

That means monetary tightening in the region will lag the Fed, as long as any capital outflows driven by the narrower rate differentials do not lead to significantly weaker currencies. Stubbornly low inflation and elevated household debt may also slow rate hikes in some countries.

The good news is that during synchronized global growth the dollar historically tends to be stable or weaker, suggesting that Asian currencies will likely avoid a sharp shakeout.

The other element mitigating the risk of capital outflows is that while short-term bond yields are rising in the U.S. and Asia in anticipation of higher rates, long-term yields have remained stable as markets are yet to be convinced of any global inflationary pressures.