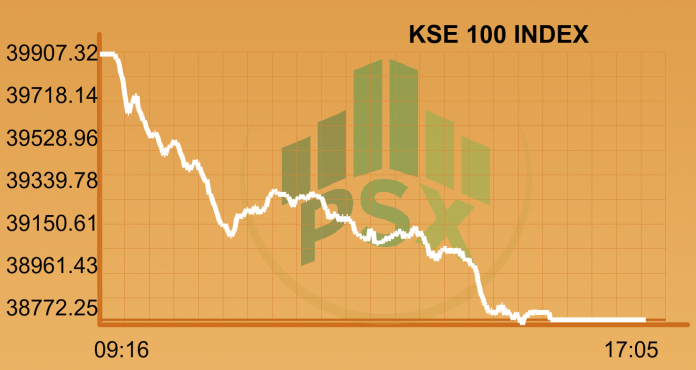 An amalgamation of local politics where opposition political parties are allegedly planning a sit-in against Model Town Tragedy, geopolitics where US decision to make Jerusalem the capital of Israel has sparked outrage in the Muslim world, domestic individuals panicking over upcoming change in trading Circuit Breaker rules, along with overnight dip in crude oil prices have all culminated towards this sell-off, we believe. Volumes increased 9 per cent d/d while value traded soared 58 per cent.

While talking to Profit, Adnan Sheikh, an analyst at leading brokerage topline securities wondered if KSE 100 is a good buy or bye bye at this level.