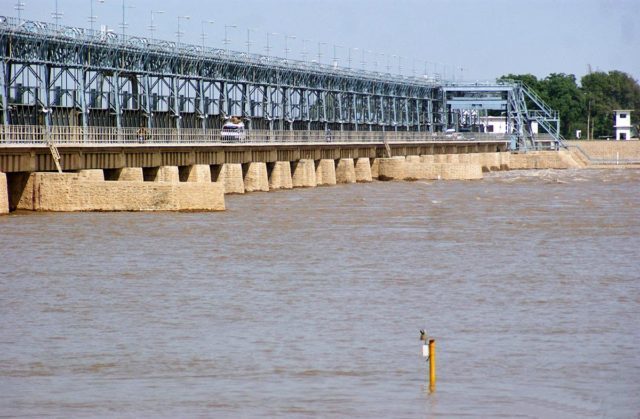 ISLAMABAD: Electricity load shedding might increase amid chilling weather as the Indus River System Authority (IRSA) has decided in consultation with the provinces to reduce water supply for annual maintenance and de-silting of the canals to be started from December 25.

Sources in power sector said that the annual canal closure programme will reduce the output of hydropower units of Tarbela and Mangla by more than 2,000 MW, resulting in increased load shedding amid extreme winter across the country. They also said that though a campaign is launched every year for the maintenance and de-silting of canals by the provincial irrigation departments, however, it has been observed that nominal repair and de-silting is done by the department as water losses other than theft go unchecked for a long time. Local farmers and landlords from the command areas of a canal should be made bound or motivated to play role in the canal maintenance and de-silting work because without their participation, it is not done properly, they added.

During this period, canals in Balochistan will also remain closed, while Khyber Pakhtunkhwa’s Chashma Right Bank canal will stay closed from January 1 to January 31.

The sources said that the Irrigation Department of Punjab government had communicated to the water regulator to reduce outflows from Mangla Dam beginning December 26. And, therefore, discharges from Mangla and Tarbela will be reduced, they added.

Available copy of Punjab Irrigation Department further confirmed the schedule of the closure of canals during Rabi season 2017/18 to be started in the province from December 26 to January 30, 2018. All superintendent engineers and executive engineers (open canals), Punjab has been advised to notify the closure dates in the Gazette for information of the public.

Likewise, Irrigation Department of Sindh has communicated the programme of the closure of Sukkur Barrage canals for the year 2017-18 with the chief engineer, asking him to issue a notification in this regard.  The Sukkur Barrage canals will remain closed from January 6, 2018, to January 20, 2018, said a copy of the letter issued by Sindh Irrigation Department.  More, an Executive Engineer of Kotri Barrage has issued notification for the annual closure of Kotri Barrage Head Works for the year 2017-18.

The Gates of Barrage will be raised gradually from 12:00 id night between December 25 and 26, 2017 and will be lowered again from 12:00 mid-night between January 10 and 11, 2018. For this period there will be no flow of water in any off-taking canal i-e Akram Wah (lined channel), Old Fuleli (Pinyari), New Fuleli, K.B. Feeder,” said the notification.

Kotri Barrage’s notification also informed the zamindars/cultivators and all concerned that Kotri Barrage canals will remain closed with effect from December 25, 2017, to January 10, 2018 (both days inclusive) for the purpose of normal inspection, maintenance and necessary repairs of the masonry structure and emergent work on canals.