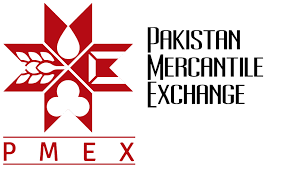 According to the annual report 2017 issued by the Security Exchange Commission of Pakistan (SECP), this decline can primarily be attributed to the less number of liquid contracts available for trade on PMEX as well as imposition of capital gains tax on commodity trades.

On the other hand, marginal increase in the value of commodities traded was owing to surge in price of gold during the year.

Actively traded commodities in terms of value were gold contributing 41% to the overall traded value at the exchange followed by currencies (36%) and crude oil (18%).

On the agriculture side, trading volume in red chili contracts surged substantially with 2,200 contracts of red chilli valued at over Rs35 million traded through the PMEX as opposed to 605 contracts traded in the FY2015-16.

This increase in trading of red chilli was because of awareness campaigns run by the SECP in Kunri, the hub of red chilli production in Pakistan.

Meanwhile the report stated that Pursuant to promulgation of the Futures Market Act, 2016, the SECP framed the Futures Exchanges (Licensing & Operations) Regulations, 2017.

Salient features of the regulations include application of fit and proper criteria on the majority shareholders, directors and senior management officers; application of code of conduct for board of directors and senior management officers, and financial resource requirements of minimum paid-up capital (net of losses) of Rs 500 million, with the condition that an existing futures exchange shall have three years to meet this threshold.