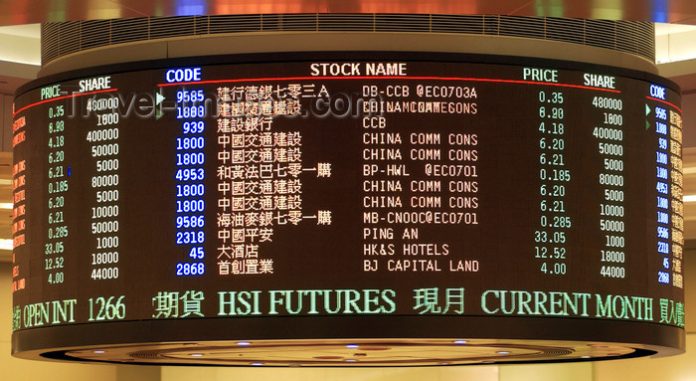 HONG KONG: Hong Kong bankers are eyeing a slew of blockbuster IPOs from Chinese technology firms with a total market capitalization of some $500 billion over the next two years, in a sharp contrast to 2017 – the city’s worst year for raising equity in a decade.

If bankers’ expectations are met, it would set up Hong Kong for a showdown with New York, the traditional host for the world’s hottest new-economy companies and Hong Kong’s closest rival for the global IPO crown.

Companies such as smartphone maker Xiaomi and wealth management platform Lufax are among those mulling multi-billion-dollar listings in Hong Kong next year, encouraged by a late-2017 rush of tech floats.

Bankers estimate Xiaomi’s IPO could value the company at up to $100 billion, while Lufax was valued at $18.5 billion in its last funding round.

Some firms will still head to New York, whose acceptance of dual-class share structures is attractive for many technology companies. Meituan-Dianping, a Chinese online platform for ordering food and booking movies, is expected to choose New York for a float that could raise $3 billion.

But Hong Kong, the world’s biggest equity capital-raising center for four of the last 10 years, is looking to revive its appeal and this month announced plans to allow dual-class shares as it tries to attract Chinese tech listings.

Hong Kong raised $32.8 billion in equity capital in 2017, data revealed, the lowest since 2008 when fundraising dried up during the global financial crisis.

Of this, IPOs accounted for $10.9 billion or just more than half 2016 levels, leaving Hong Kong ranking fourth globally for 2017, behind the New York Stock Exchange, Shanghai Stock Exchange and Mumbai’s National Stock Exchange.

Bankers and investors said the dominance of Wall Street in the first half of the year, when a series of record closes for benchmark indices grabbed headlines, distracted global investors from an even stronger rally in Asian emerging markets stocks.

The city was also hit by the timing of some giant floats, such as an IPO of up to $10 billion by China Tower, the world’s largest collection of telecoms towers, that was expected in 2017 but is now seen happening in early 2018.

Spurring the current optimism are a series of recent hot tech floats. China Literature raised $1.1 billion in November and jumped more than 80 percent on its debut – the best opening pop by any big IPO worldwide this year.

Equity-raising across Asia-Pacific slipped 2 percent this year to $236.3 billion, its lowest since 2013, as sales of additional equity by listed groups fell 14 percent.

Morgan Stanley, UBS and Goldman Sachs led the equity league tables for the region with $13.6 billion and $12.4 billion and $12.3 billion of deals to their credit respectively. Citic Securities and Citigroup rounded out the top five.