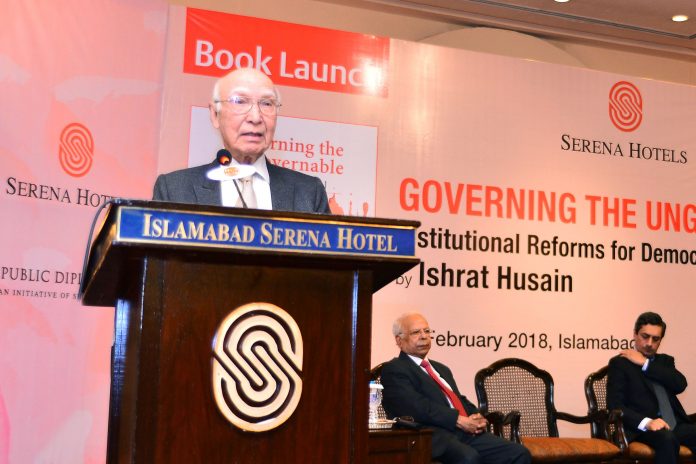 Addressing launching of his book ‘Governing the Ungovernable’ here at Serena Hotels on Tuesday, he said that the democratic process should be continued without any disturbance in order to pave way for economic growth.

He said though incidents of terrorism were on peak during 2001 to 2008 nevertheless economic growth during the same period was remarkable. The economic growth has always been disturbed by political instability in the country.

Dr Husain’s book examines the reasons why Pakistan was a top performing developing country for the first forty years of its existence and in the subsequent thirty years became a laggard. Pakistan, since its independence in 1947, had to face tumultuous years for the first four decades. Despite the many challenges, both internal and external, the country was able to register a 6 per cent average annual growth rate during the first forty years of its existence. The country was ahead of India and Bangladesh in all economic and social indicators. Since 1990, the country has fallen behind its neighbouring countries and has had a decline in the growth rate.