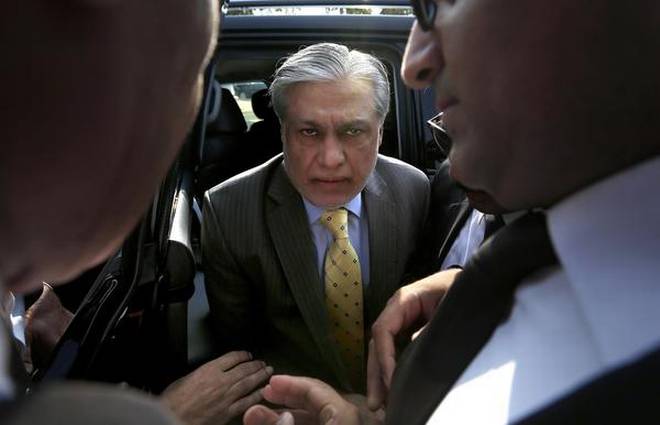 Interestingly during the meeting of Senate Standing Committee on Finance and Revenue, two different cases of opening a new account of contestants of Senate election were discussed. Senator Syed Muzaffar Hussain Shah of Pakistan Muslim League-Functional (PML-F) complained that a commercial bank had denied opening a bank account in Karachi since the bank could not carry out proper biometric verification procedure. He added that the machine at the bank could not verify the thumb impression and after deliberation and request the bank manager under special instructions opened a temporary bank account for 30 days.

However, during the meeting, Committee Chairman Saleem Mandviwalla pointed out that NBP has opened a bank account of an absconder, former finance minister Ishaq Dar.

Senator Muzaffar Shah said that Muslim Commercial Bank (MCB) Sharifabad, Karachi branch had denied opening the account, which Senator Muzaffar Shah needed to contest the Senate election, citing the reason that State Bank of Pakistan (SBP) has instructed all banks to not open any bank account without biometric verification. SBP through these directions has deprived special persons, those having skin diseases and facing others issues, of having an account in the bank, Muzaffar Shah lamented.

The SBP representative, however, claimed that banks have already been instructed to facilitate those giving issue with thumb impression. He said that the central bank would take action against the commercial bank which denied opening account of the senator.

The committee later directed SBP to edit the opening accounts forms at banks to facilitate disabled persons and those having issue with biometric verifications.

Responding to the issues related to Ishaq Dar, NBP representative Amir Lateef claimed that all legal requirements were met for opening the account. He, however, could not explain whether the bank’s rules allow absconders to legally open a bank account in Pakistan and whether the bank has facilitated such persons in the past.

He, however, said sometimes, court verdicts supersede the set bank rules, hinting that as court allowed Dar to contest the Senate election, an account was also opened by the bank. Interestingly, no one from Ministry of Finance could reply when Committee Chairman Manviwalla questioned why the former runaway finance minister preferred only NBP to open the account.

“Such actions will earn a bad name to the country which is already being listed in the grey list by Financial Action Taken Force’s (FATF),” Mandviwalla said, adding, “the decision of opening an account of an absconder will also badly damage the image of NBP.”

State Minister for Finance and Economic Affairs Rana Afzal Khan, who was also present in the meeting, asked the NBP representatives whether someone sitting outside the country can open an account in Pakistan. The NBP officials claimed that accounts could be opened by the citizen from outside the country.

Later, Mandviwalla, while talking to media, said that Pakistan Peoples Party (PPP) and others will challenge the opening of account adding that it was a direct violation of rules. He said NBP president, who was appointed by Dar in violation of rules, had facilitated the former finance minister to contest the senate polls.

It may recall here that an accountability court in December 2017 had declared Ishaq Dar an absconder in a corruption reference after the former finance minister repeatedly failed to join the trial, remaining instead in London for medical treatment. Earlier his accounts were also frozen in Pakistan.