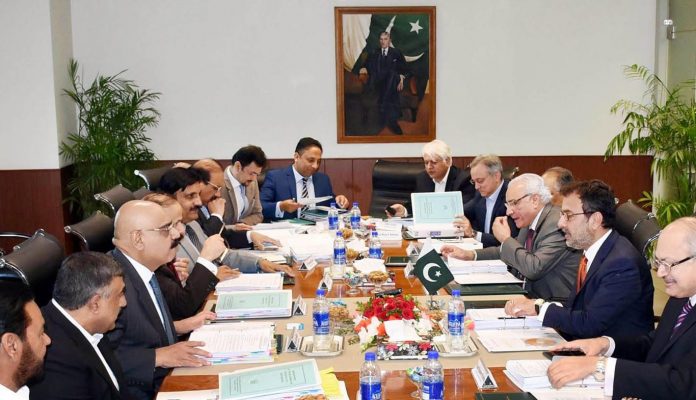 ISLAMABAD: The government realises the importance of transmission lines in completing the upcoming power generation projects. The current transmission network needs to be strengthened and made reliable to support sustainability in the system. The Minister for Power Sardar Awais Ahmed Khan Leghari expressed these views while chairing the 115th meeting of the Private Power and Infrastructure Board (PPIB) held here .

He emphasised that the the government is working on upgrading the existing transmission network to make it more reliable and efficient and National Transmission and Dispatch Company (NTDC) has been asked to take the necessary measures. At the same time, the private sector is being encouraged to contribute its network expansion. As a result, so far, Pakistan’s first ever HVDC Transmission Line project has already been initiated in the private sector under China-Pakistan Economic Corridor (CPEC) while several other projects are being planned to launch through international competitive bidding.

The PPIB Managing Director Shah Jahan Mirza briefed the board on various projects being implemented by PPIB under CPEC. In today’s meeting, the board approved an extension in financial close deadline of +660 kV HVDC Matiari-Lahore transmission line being processed under CPEC.

The board also allowed an extension in financial close deadlines of the Thar coal based power projects being processed under CPEC which includes a 330 MW project by Thar Energy Limited and a 330 MW project by Thalnova Thar Pvt. Ltd. The minister said that the current government believes in the policy of facilitating investors, and in extending full support to them for processing and timely completion of their projects.

PPIB Managing Director Shah Jahan Mirza, while briefing the board on the performance of PPIB stated that extensive efforts are being made to cultivate Thar coal and hydro potential for power generation. Mirza briefed the Board that PPIB is successfully meeting the challenging and ambitious timelines of the current government to add a huge quantum of power generation capacity in the national grid which is evident by the fact that within a period of less than one year, two projects of 1467 MW have started commercial operations while four other projects of 5000 MW cumulative power capacity have achieved partial commissioning as well.

The minister remarked that sustainability in the power system is a must to do task for the government to balance the demand-supply situation. Merely, providing additional megawatts would not be sufficient to gain real goals. Pakistan’s future lies in indigenous and renewable energy for which serious efforts are being put in. The National Electricity Plan and a new energy policy are steps to consolidate these efforts which will act as a guide for future capacity expansions as well.