Power and gas tariff should be reduced to boost exports: APTMA 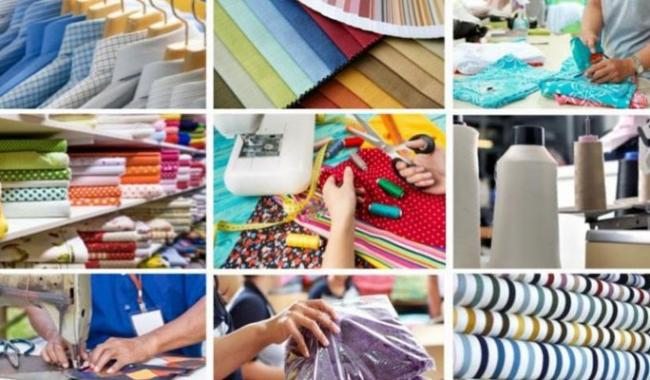 KARACHI: In its budget proposals, the All Pakistan Textile Mills Association (APTMA) has said that the availability of electricity at regionally competitive prices is of the utmost importance.

In this respect, five exporting sectors which have been zero rated by the Federal Board of Revenue (FBR), should also be zero rated from various tariff equalisation surcharges worth Rs3.63/kWh in order to bring the tariffs in line with regional competitors.

The present electricity tariff is Rs11/kWh which should be reduced to Rs7/kWh. If the surcharge is of cross subsidy and not the theft or inefficiency of the system, then it should be withdrawn to make the industry competitive and a subsidy amount should be allocated in the impending budget.

The Prime Minister announced the ‘Export Led Growth Package’ on 10 January 2017 for the restoration of viability of the industry and exports. Only Rs16 bllion of duty drawbacks have been made to the manufacturer/exporter to date. The government should immediately allocate funds for the payment of duty drawbacks to claimants against exports to the State Bank of Pakistan (SBP) for immediate disbursement to claimants.

Furthermore, ministry of textile industry has notified procedure for applying claims of shipments made during 2017-18. In order to encourage exports, APTMA has requested that payment of drawbacks be made on the realization of export proceeds against an undertaking for increase in exports on six monthly basis. For immediate payment of duty drawbacks, total amount be allocated in the Budget and reimbursed to the SBP.

The government’s intervention by imposing custom duty and sales tax on the import of cotton did not help as cotton was already in shortage for industry consumption. Instead of introducing intervention in the Free Market Mechanism, the government should reduce the input cost of farmers and increase their cotton out-put by providing quality seed and extension of services at regionally competitive prices. No custom duty and sales tax should be imposed during any time of the year.

There is a 7 per cent customs duty on the import of polyester staple fiber with total import expenses in the range of 20 per cent, including anti-dumping duty. So even if import duty is finished, protection in excess of 10 per cent still remains.

Global trade is rapidly shifting to man-made fiber from cotton. Pakistan will lose its textile export market share unless polyester prices are rationalised. The government must differentiate between taxing raw materials and taxing finished products. Customs duty on import of PSF should be abolished to encourage product and market diversification.

Since taxpayers of the textile sector are incurring losses in the current year, however they would be obliged to pay a 1.25 per cent tax on their local turnover. Though this minimum tax is adjustable towards normal tax liability in the five subsequent years, but that eventuality is hypothetical and also not available in case the taxpayer has suffered a loss.

It is suggested that the turnover tax should be zero percent for the textile sector as was done in the budget of 2016 for rice mills suffering from global recession at that time.

This will help the taxpayers to better manage their cash liquidity and would not materially affect government revenues as excess turnover tax payments are adjustable against future corporate tax liabilities.

In the United States and India, the maximum tax rate in the corporate sector has been reduced to 25 per cent or even less than that. In order to align with the best international practices, the upper cap of corporate tax should be fixed at 25 per cent, which may subsequently be reduced to 15 per cent.

It is suggested that either the standard rate of 30 per cent is brought down to 25 per cent, or reduced rates are prescribed sector-wise especially for the textile sector. This will encourage the people to switch over to corporate sector which are easily manageable by the companies as well as by the tax offices. Alternatively or simultaneously sector-specific corporate tax rates be introduced as in the case of banking companies and in case of export sectors the corporate tax rates are kept 5% lower than the standard rate.