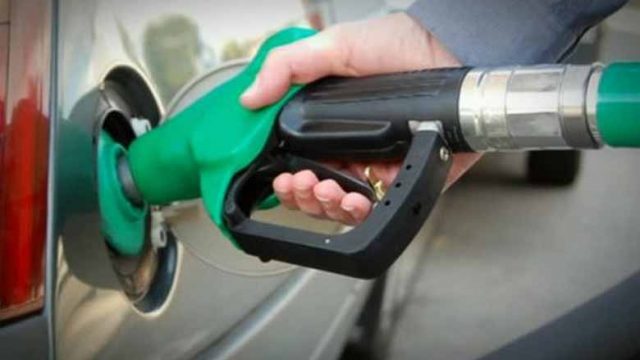 ISLAMABAD: The Economic Coordination Committee (ECC) of the cabinet has granted the approval to Oil Marketing Companies (OMCs) to charge the masses with Rs48 crore under the head of customs duty of May 2015, it was learnt reliably.

Well-placed sources informed Pakistan Today that ECC has allowed OMCs to collect Rs48 crore from consumers to clear the claim of customs duty. They said the ECC, after passing around three years time, has now granted its approval to Pakistan State Oil (PSO) and Shell to charge the masses with a customs duty on May 2015. They also said the Petroleum Division, on the advice of Prime Minister Shahid Khaqqan Abbasi, has forwarded a summery to ECC for final approval. Premier Abbasi is very kind on OMCs and he has so far left no stone un-turned to benefit the OMCs, said sources.

The sources said PSO and Shell had earlier demanded Rs48 crore on account of customs duty over the sale of petrol and high speed diesel (HSD). Also, both the OMCs were of the stand that though the federal government had increased customs duty on petroleum products during the month of April 2015 and companies (OMCs) deposited Rs48 crore to customs department, however, OMCs could not collect this amount from its customers.

It is also learnt that ECC, on March 07, 2018 has granted an approval to raise the production price of JP-8 fuel by Rs1.77 per litre, apparently to reduce the losses of oil refineries. This fuel (JP-8) is most often sold to defense companies.

It is worth mentioning here that due to the lobbying of Shell Pakistan, PM Abbasi put an end to the powers of the federal government to fix the price of diesel (HSD) in October 2017. However, the implementation on this decision, which gives authority to OMCs to determine the price of HSD, was stopped due to severe opposition from the Federal Board of Revenue (FBR), and Oil and Gas Regulatory Authority (OGRA). Besides, the ECC’s decision to charge the oil consumers with Rs48 crore under the head pf custom duty of May 2015 was kept secret from media.

Prior to this, the finance division was used to make public all the decisions of ECC via the media. However, this time, ECC’s decisions were kept secret from the media, allegedly made on the advice of PM Abbasi.