Some influential officers refuse to surrender vehicles, while FBR chairman is to take disciplinary proceedings against these officers 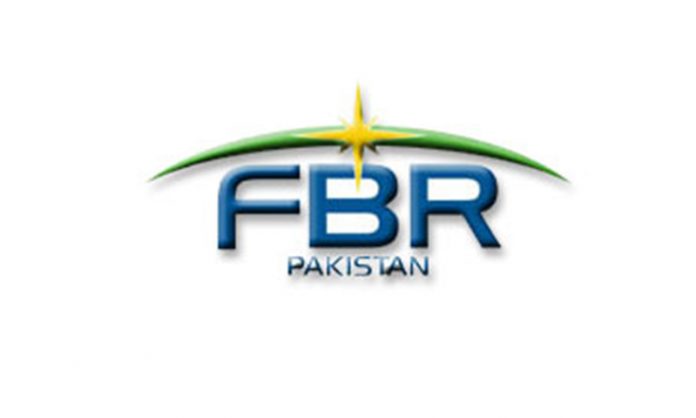 ISLAMABAD: All customs officers including incumbent Customs Intelligence and Investigation Director General (DG) Shaukat Ali have surrendered and parked all non-custom paid, tampered luxury vehicles, which were allegedly in their personal use for a long time, it has been learnt.

Surprisingly, following the reservations of the Supreme Court of Pakistan over the personal use of luxury vehicles including Land Cruisers, Prados, Pajeros and SUVs etc by officials, Federal Board of Revenue (FBR) sought immediate surrender of such vehicles by the officers.

Available copy of a letter of Customs Intelligence and Investigation dated April 30, DG Customs has reported the chairman that all officers have surrendered and parked tampered luxury vehicles with few exceptions. And, now all the customs officers have surrendered and parked all non-custom paid, tampered luxury vehicles. However, few influential officers of FBR (federal board of revenue) have so far declined to surrender these vehicles. Meanwhile, DG Customs Intelligence and Investigation has requested FBR chairman to take disciplinary proceedings against these officers who are not ready to surrender such vehicles.

“Though Adnan has been sent to Lahore from Multan, however, he has not continued the use of these vehicles and so far, not surrendered said three luxury vehicles,” said sources.

According to letters of Port Qasim Collector Model Customs Collectorate Ch Muhammad Javaid and Model Customs Collectorate of Appraisement-East Karachi Collector Arshad Jawwad, in compliance of Board’s (FBR) direction, the vehicles of the said categories under the operational use of the collectorate have been surrendered. Also, both collectorates have requested for allocation of suitable alternate vehicles/resources to perform functions efficiently as these vehicles were being used in public work relating to revenue, investigation, litigation handling in various courts and other similar important official work.

Both Collector Model Customs Collectorate, Port Qasim and Collector, Model Customs Collectorate of Appraisement-East Karachi in their letters have advocated that all such vehicles were being exclusively deployed to perform the operational duties such as anti-smuggling, recovery of arrears, patrolling, litigation management, port surveillance, warehouses visits, raids for making seizures and arrests etc. In the event of withdrawing all such operational vehicles the day to day operations of the collectorates will be jeopardized and may hamper smooth functioning.

According to sources, surprisingly, all such luxury vehicles were provided to influential officers of the federal and provincial governments as well as the ruling elite by the collectors of customs intelligence after receiving token money ranging between Rs50,000 to Rs125,000 and the market value of these luxury vehicles is estimated at Rs10 billion.

They added that the FBR, fearing a court action, has recently directed to immediately hand over all such vehicles to the respective customs warehouses.

According to a letter issued by FBR Administration Chief Tariq Ghani, a copy of which is available with this scribe, all field formations of the FBR and Pakistan Customs Services have been requested to surrender their luxury jeeps and SUVs.

The departments of the FBR were also directed to present a certificate in this regard which will be furnished to the board by Monday. Similarly, supervisory officers of the respective field formations (PCS/IRS) were requested to ensure immediate compliance with these directions.

“Any violation of the above directions shall be viewed seriously by the competent authority and it shall entail a disciplinary action,” the letter concluded.

It is pertinent to mention here that the Supreme Court (SC) during a hearing on April 26 had expressed displeasure over the issuance of luxury vehicles by the officials of FBR (PCS/IRS), which were either purchased/confiscated and were beyond the entitlement of the respective officers.

FBR sources told that customs officers were authorised to impound two types of vehicles including non-custom paid and tampered chassis number and, as per the law, FBR officers were not permitted to keep these vehicles in their personal use, and auction to sell such vehicles is to be carried out within a limited period of time.

However, some influential officers in violation of the rules were using the vehicles, they added.

The sources also told that a weak policy was approved by the federal cabinet’s economic coordination committee (ECC) in 2010, under which the customs department was given the authority to sell non-custom paid vehicles to government organisations. Moreover, Customs Intelligence Director General (DG) and collectors of 18 collectorates were given the authority to sell out these luxury vehicles while determining their prices.

“A bank draft from the department concerned is necessary for the sale of such vehicles and the vehicle should be registered in the name of the department. Moreover, the process must be completed within 30 days after the collection of the vehicle,” sources said.

They said it was also a necessity to submit a copy of registration with the customs department apparently to avoid the personal and wrong use of the vehicles. However, registration of a large number of such vehicles in the name of any government-owned department had not been made despite the passage of several years. They also said that currently, innumerable luxury vehicles were in the use of the ruling elite and officers of federal and provincial governments, FBR, customs intelligence, customs collectorate and the police.

It is worth mentioning here that the violations have been pointed out several times, however, no firm action has so far been.