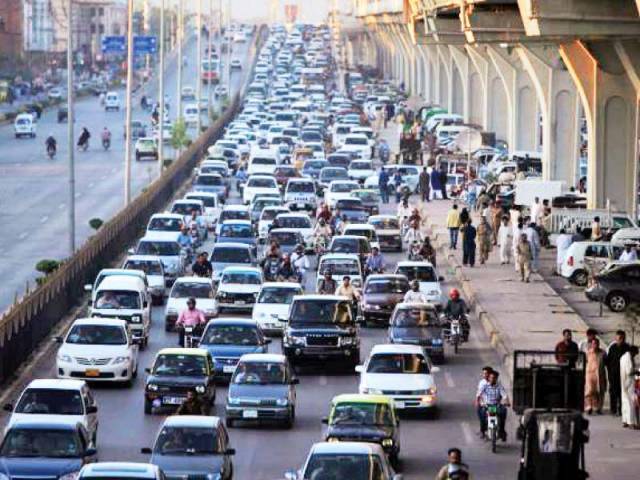 In a comment to Pakistan Today, Pak Kuwait Investment Company AVP Research, Adnan Sheikh said that “Auto sales have been increasing mainly due to a low-interest rate environment and the advent of ride-sharing apps, along with the introduction of new models like Civic BRV, Fortuner and The Wagon-R which have all performed well. But major growth in numbers comes from below 1000cc cars, mainly the Wagon-R for the price-conscious buyer and ride sharing captains. Mehran and Wagon-R together added around 20,000 additional unit sales. So you can see most buyers are in the price conscious category, whereas Honda’s sales grew because of two new models – new Honda Civic and BRV. While Toyota shifted production from the Corolla to the high-profit margin Fortuner and Hilux, volumes for the Fortuner more than tripled. Going forward, we may witness a slowdown in growth / potential dip in sales if car prices keep rising due to a rupee depreciation and higher international commodity prices, along with a sharp rise in interest rates and a spike in fuel prices; and the market will become extremely competitive when new players start producing with cost advantages under ADP incentives over the next two years”.

For the Fiscal Year ended 2018, Pakistan auto sales (including LCVs Vans and Jeeps) rose by 21 per cent year-on-year (YoY) with growth seen in all segments. “The strong performance was due to a multitude of reasons ranging from supportive macroeconomic environment, cheaper financing, demand from ride-hailing services, as well as demand generated from election activity,’ said an analyst at Topline securities. This slowdown in car sales is due to higher car prices as the company raised car prices for the third time during this fiscal year, continuous Pak-rupee depreciation against the dollar, he added. The major reason of declining car sales is the restriction imposed by the government on non-filers for booking and registration of new cars, and resumption of import of used and new cars through personal transfer or baggage scheme, the analyst said.

Topline Securities Research Analyst, Syed Daniyal Adil, while commenting on the report, said, “Demand from ride-hailing services is just one of the factors responsible for the recent growth in the Auto industry. Higher household income due to generally supportive macro environment coupled with relatively easier access to consumer financing has also played an important role. Smaller passenger cars (specifically 1000cc and <1000cc variants; Mehran, Cultus, Wagon-R) have seen significant growth due to demand emanating from the aforesaid factors especially the ride-hailing services. The decline in demand from the likes of Careem and Uber can affect sales in the above-mentioned variants. However, the expected general slowdown in the economy, as well as accompanied tighter monetary policy, are a bigger source of concern for the Auto industry as a whole. It must be highlighted that the Auto industry is highly cyclical i.e. it tends to perform badly in economic downturns.”

Capital Stake Director, Maha Jafer Butt, in a comment to Pakistan Today, said, “The automobile sector has witnessed increased customer attention in both imported and local assembled cars segment. The rise in buying trend could be attributed to greater buying power of consumers. This was further boosted by easier financing at lower rates and decline in fuel prices. But with both these factors changing it would be interesting to see how customers react”.

Honda witnessed the highest growth amongst its peers clocking in at 31 per cent YoY to a total of 51,494 units. The growth is mostly attributable to 302 per cent increase in BR‐Vs sold due to the low base of BR‐V units in 2016-17 as sales of the said SUV were initiated in 4QFY17. Disregarding BR‐V, the company still posted 16 per cent growth originating from City and Civic models.

Pak Suzuki Motor Company (PSMC) posted strong growth of 26 per cent, selling 144,070 units cumulatively. The bulk of this growth can be accredited to swelling growth of Wagon‐R (up 65 per cent), while Cultus (up 20 per cent) and Mehran (up 22 per cent) were other significant contributors.

The PSMC has issued a notification to shut down the plant of Mehran VX (Without Air-conditioner) from November 2018, which may affect its total sale in the current fiscal year.

Indus Motors (INDU) sold a total of 63,068 units in 2017-18 up by a modest 5 per cent YoY. Focus on high margin segment has borne fruit as sales of Fortuner and Hilux have gone up by 204 per cent and 27 per cent respectively. However, sales of Corolla remained dull (down 2 per cent) as the company continued to be plagued by capacity constraints.

Major automakers like Indus Motors Company and Pak Suzuki and Honda Atlas Car had announced price hikes for their all models in the range of Rs 35,000-100,000.