Pak-Indonesian bilateral trade to jump to $9bn by 2019: envoy 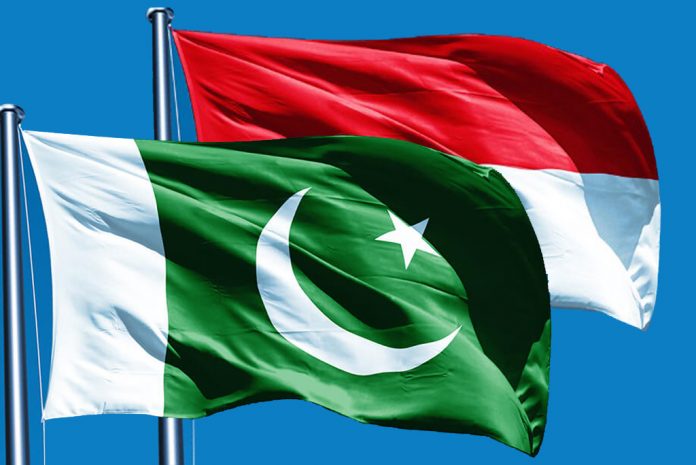 FAISALABAD: The quantum of bilateral trade between Pakistan and Indonesia is expected to jump to $9 billion by 2019, said the Ambassador of Indonesia, Iwan Suyhdhie Amri.

He was addressing a dinner hosted in his honour by the Faisalabad Chamber of Commerce and Industry (FCCI) President, Shabbir Hussain Chawla here late last night.

He said that Indonesia was probably the only country that was making serious and practical efforts to make bilateral trade with Pakistan balanced for the two countries. In this connection, a project is in the pipeline to introduce the cultivation of high yielding palm plants in addition to establish refineries to clean palm oil produced in Pakistan for its domestic needs.

“Pakistan is a big market for Indonesia but we are also making efforts to encourage exports from Pakistan to Indonesia to make our bilateral trade balanced”.

He said that “both countries had already agreed to encourage exports from Pakistan and now we’re in the process of fixing standards of the exportable commodities including mango and kinnow from Pakistan”.

Earlier, Shabbir Hussain Chawla welcomed Indonesian Ambassador and stressed the need to encourage private sectors of both countries to further enhance the bilateral trade. In this connection the two countries have to remove tariff barriers and give maximum incentives to each other, he said.

He said that Pakistan is strategically located in South Asia and it could provide an opportunity to Indonesia to make its exports to the landlocked countries of Central Asia. Similarly Indonesia could also facilitate Pakistan to have access to $2 trillion ASEAN (Association of Southeast Asian Nations) market.

He further said that during 2017, Pakistan imported 1.78 billion edible oil and sizable amounts of it were imported from Indonesia. He said that Pakistan has offered the maximum incentives to Indonesia and hence, Indonesia should also reciprocate in the same manner.