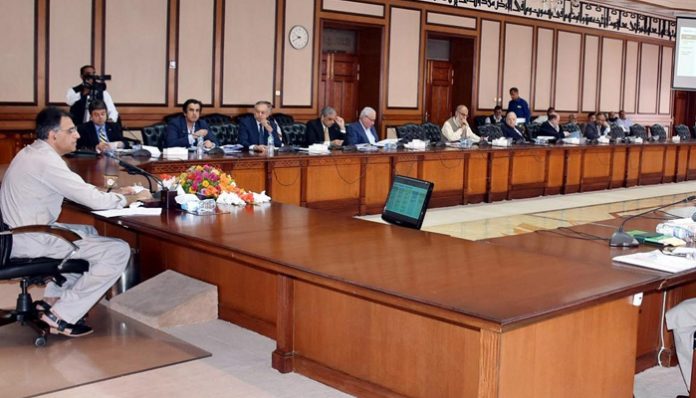 ISLAMABAD: The Economic Coordination Committee (ECC) is likely to approve 10 to 143 per cent hike in gas prices in two phases, sources revealed on Sunday.

Pakistan Today has learnt that the petroleum division has prepared a new summary for consideration in the light of the directions of last ECC meeting.

Sources said that the petroleum division’s summary will be tabled in today’s (Monday) meeting, adding that the ECC meeting will take the final decision about the future prices of gas prices after going through the summary. They said that the upcoming ECC meeting is likely to issue a notification with regard to future gas prices pending for a long time, as the caretaker government failed to recommend gas prices and left the matter over to next government. However, this time the ECC is likely to give the final nod.

The federal cabinet’s ECC scheduled to be held on Monday (today) is all set to take up a three-point agenda. All concerned ministries/divisions have been asked to provide 65 copies of summaries/working papers of their respective agenda items, in light of rule 18(1) of the Rules of Business, 1973, for the meeting.

Available copy of ECC’s agenda with Pakistan Today has disclosed that two summaries of the Petroleum Division and one from Power Division will be taken up in the meeting. According to ECC agenda, gas pricing, report on exorbitant increase in LPG prices and auditor general’s report on circular debt will also be considered.

It is relevant to mention that the only solution lied with the government was in the form of subsidy if it was interested in avoiding a price hike after a decision to increase gas prices by the Oil and Gas Regulatory Authority (OGRA). However, the government, as per sources, has resolved to burden the consumer in two phases apparently to reduce the adverse impact.

ECC had earlier left the final decision to increase the prices of gas to the Prime Minister Imran Khan due to political nature of the move and objections raised by the Sindh government. The matter was subsequently taken up in a meeting of the federal cabinet that held last Thursday. However, the cabinet held under the chair of PM Imran Khan had remained indecisive on the issue, as the PM sought more clarifications from the concerned authorities regarding calculating and determining adverse impact of the proposed price hike on consumers.

Earlier, OGRA, while announcing a hike of Rs234 per million british thermal unit (MMBTU) in the average gas price, had set the new gas price at Rs629/MMBTU. In a decision dated June 21, 2018, OGRA had approved the hike in the gas prices by 30 to 186 per cent for domestic category of gas consumers while a 30 per cent increase for gas consumer’s category of commercial, industrial, CNG, fertilizers and the power sector.