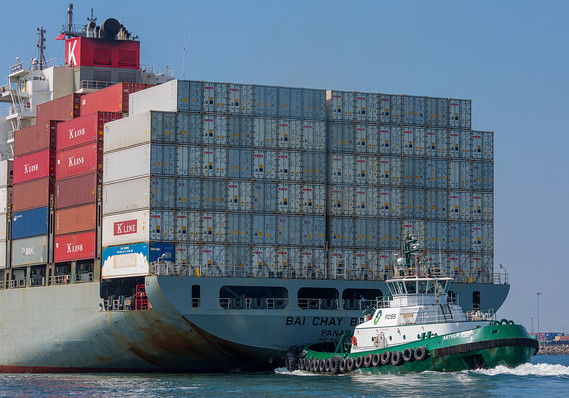 WASHINGTON: The US trade deficit increased to a six-month high in August as exports dropped further amid declining soybean shipments and imports hit a record high, suggesting that trade could weigh on economic growth in the third quarter.

The Commerce Department said on Friday the trade gap increased 6.4 per cent to $53.2 billion, widening for a third straight month. Data for July was revised to show the trade deficit rising to $50.0 billion, instead of the previously reported $50.1 billion.

The politically sensitive goods trade deficit with China surged 4.7 per cent to a record high of $38.6 billion.

Economists had forecast the overall trade deficit swelling to $53.5 billion in August. The trade gap continues to widen despite the Trump administration’s “America First” policies, which have led to a bitter trade war between the United States and China.

The Trump administration says eliminating the trade deficit will put the economy on a sustainable path of faster growth, an argument that has been dismissed by many economists as flawed given constraints such as low productivity and slow population growth.

When adjusted for inflation, the trade gap widened to $86.3 billion in August, the highest since January 2006, from $82.4 billion in July. The jump in the so-called real trade deficit suggests that trade could subtract as much as one percentage point from gross domestic product in the third quarter.

Trade contributed 1.2 percentage points to the economy’s 4.2 per cent annualized growth pace in the second quarter, mostly reflecting a front-loading of soybean exports to China before Beijing’s retaliatory tariffs came into effect in early July.

Exports of goods and services fell 0.8 per cent to $209.4 billion in August. Soybean exports dropped $1.0 billion and shipments of crude oil fell $0.9 billion.

Imports of goods and services increased 0.6 per cent to a record $262.7 billion in August. They were boosted by imports of motor vehicles, which were the highest on record, and cellphones. There were also increases in petroleum imports.

May 16, 2021
Remittance flow into Pakistan increased by about 17 per cent in 2020, defying the gloomy projections and in spite of the global Covid-19 pandemic. The...