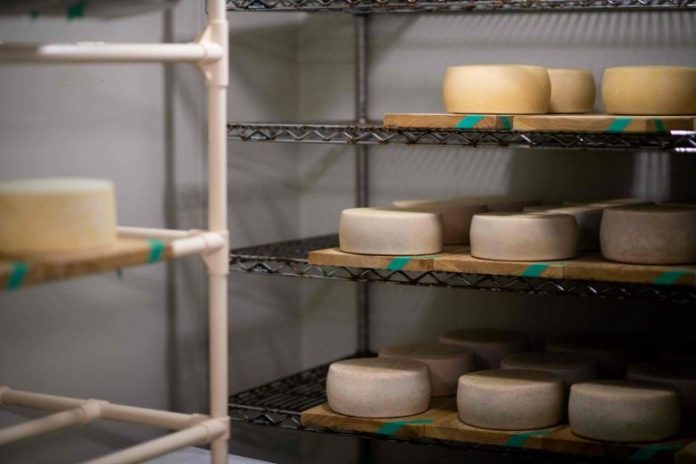 It was three decades ago, but Kazuhiko Ochiai still remembers his first taste of cheese when he visited France, a palate pleaser that inspired the former researcher to start producing his own variety in Japan.

But he now frets that a massive EU-Japan trade deal could spark a flood of cheap cheese imported from Europe that could take a generous slice out of his own business.

Ochiai makes five kinds of cheese, including brie and a variety similar to comte.

Business has boomed with sales of 20 million yen ($177,500) this year, up from just two million yen when he started a decade ago.

“We cannot keep up with the demand,” said the 74-year-old, who employs just a handful of staff.

But he acknowledged concern about the impact of the free-trade deal, which will eliminate the hefty 29.8 per cent tariff currently imposed on imported cheese.

“I’m worried for the long term,” Ochiai said in an interview at his small factory in the mountainous city of Nasushiobara, north of Tokyo, as colleagues busily shaped and wrapped speciality cheeses.

“I think the price competition will be fierce. It’s hard for us to lower the price because it takes time and effort for small cheese makers,” he said, adding that milk is much cheaper in Europe than in Japan.

The deal signed in July — the largest ever negotiated by the EU — creates a huge free-trade area covering nearly one-third of global GDP, eliminating tariffs for everything from Japanese cars to French cheese.

Japanese consumption of cheese is increasing, from 279,000 tonnes in 2007 to 338,000 tonnes a decade later, according to the most recent statistics from the farm ministry.

Around three-quarters of the cheese consumed is imported, mostly from Australia and New Zealand.

Hundreds of kilometres to the north, on the island of Hokkaido where most Japanese dairy products are made, cattle farmers are also watching trade developments with unease.

“We’re concerned that demand for cheese made in Japan might be lost,” said the Japan Agricultural Co-operative in Hokkaido.

Another worry was the possibility that cheese manufacturers facing greater competition might in turn pressurise dairy farmers to cut their prices. Almost all of the milk used in cheese production comes from Hokkaido.

Keen to support domestic farmers — a key political support group for Abe — the government has already announced measures to cushion the impact.

Abe’s administration has earmarked 15 billion yen in subsidies “to counter the increase of European cheese before the trade deal takes effect,” according to the farm ministry.

Manufacturers can use the subsidies to expand their facilities, attend training overseas to improve quality or to promote cheese consumption.

Ochiai is pinning his hopes on the cheese tastes of Japanese consumers, who tend to prefer milder varieties.

“Not many Japanese people like cheese with very strong flavours. One way for us to compete is to produce cheese with mild flavours which more Japanese people would like,” he said. “I think the only way is to improve the quality and make delicious cheese. I think we can somehow survive if we do that.”

And while an invasion of French cheese might worry some, for others it comes as a boon.

Vinos Yamazaki, a wine and cheese importer with 25 shops mostly across Tokyo, sees the deal as an opportunity to expand its customer base.

The company handles more than 30 kinds of cheese imported mainly from France at a price of some 1,000 yen per 100 grammes.

“Female customers in their 40s and 50s come here to buy cheese together with wine,” said Yoshihiro Yao, a shop manager in the historic Nihonbashi area. “But if the price of cheese goes down, we expect a wider range of customers.”