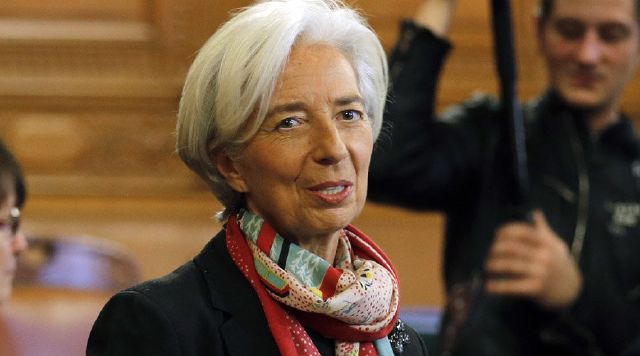 “An IMF team will visit Islamabad in the coming weeks to initiate discussions for a possible IMF-supported economic programme,” Lagarde said in a statement.

Diplomatic sources have said the country is seeking an $8 billion package to get itself out of its economic quagmires.

According to a report in Dawn, the diplomatic sources shared the IMF could enforce stringent conditions which would compel Pakistan to seek additional financing for meeting those restrictions and widen the loan facility to $12 billion.

Talks of an IMF bailout had been doing the rounds during the end months of the previous PML-N government due to twin deficits i.e. current account and trade deficit and precarious foreign exchange reserves situation.

However, the newly formed PTI government explored other avenues of financing to avoid an IMF bailout seeking help from China and Saudi Arabia before eventually exhausting its other options and approaching the Washington-based lender.

Earlier today, Lagarde had said she would meet with Pakistani officials today with expectations that Islamabad will request a bailout of its shaky economy.

“I’m assuming that there might be a programme request on their part, but that has not been discussed and we will explore that this afternoon,” she had told a press briefing.

Umar announced earlier this week that the government would seek talks with the IMF on a “stabilisation recovery programme”.

Prime Minister Imran Khan on Wednesday vowed to steer the country out of a looming balance-of-payments crisis, saying it needs $10-12 billion.

“We will get out of this. I will take (the country) out of this,” he said.

PM Imran’s new administration took office in August vowing to weigh up whether to seek an IMF bailout as it sought other avenues of financing.

He has sought loans from friendly countries, promised to recover funds stolen by corrupt officials, and embarked on a series of populist austerity measures. But help has been in short supply and economists’ warnings have grown increasingly urgent.

Pakistan has gone to the IMF several times since the late 1980s. The most recent was in 2013 when Islamabad got a $6.6 billion loan to tackle a similar crisis.