Trump says he expects ‘great deal’ with China, but more tariffs if not 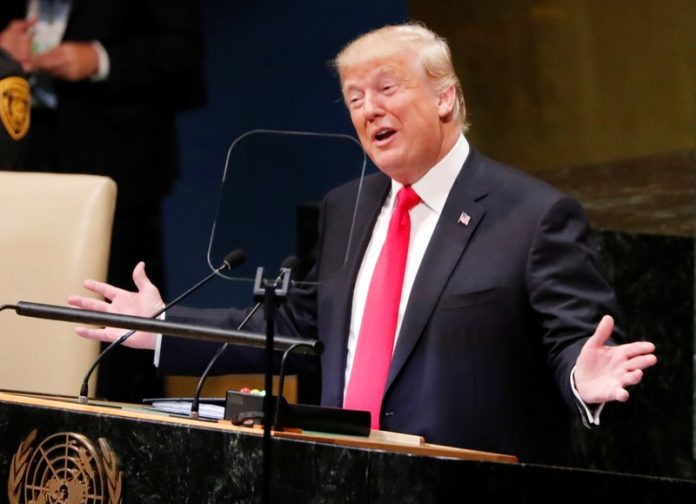 SHANGHAI: US President Donald Trump said he thinks there will be “a great deal” with China on trade, but warned that he has billions of dollars worth of new tariffs ready to go if a deal isn’t possible.

“I think that we will make a great deal with China and it has to be great, because they’ve drained our country,” Trump said in a TV interview on Monday.

Trump said he would like to make a deal now, but that China was not ready. He did not elaborate.

It was reported on Monday that Washington was preparing to announce tariffs on all remaining Chinese imports by early December if talks next month between Trump and his counterpart Xi Jinping fail to ease the trade war.

Both Trump and Xi are expected to attend next month’s G20 summit in Buenos Aires, where they could meet.

Chinese Foreign Ministry spokesman Lu Kang said China and the United States have all along been in communication about exchanges at all levels, including a possible Xi-Trump meeting in Argentina, though he gave no details.

If the United States is not willing to promote win-win cooperation with China then China is fully confident in being able to continue with its reforms and develop itself, Lu added.

Trump has long threatened to impose tariffs on all remaining Chinese imports into the United States if Beijing fails to meet U.S. demands for sweeping changes to Chinese trade, technology transfer and industrial subsidy policies.