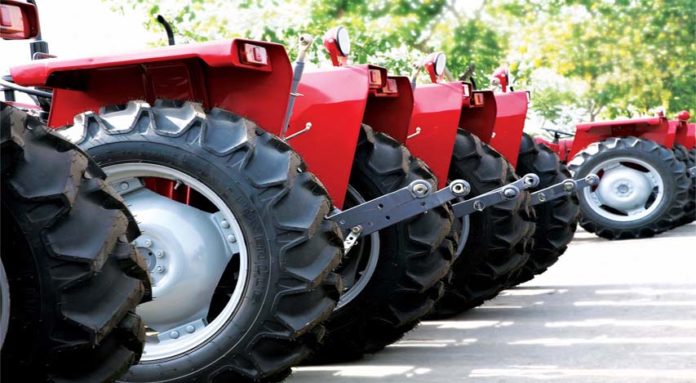 ISLAMABAD: The government for the first time has formulated ‘national standards’ for all tractors being manufactured/assembled in the country, as farmers regularly complained about the quality of the vehicles.

On the direction of a parliamentary body, the Ministry of Science and Technology was directed to look into the issue “by setting particular standards for the manufacturing of tractors”, it was learnt on Monday.

According to available documents, the ministry, through Pakistan Standard and Quality Control Authority (PSQCA), has formulated the standards for tractor manufacturing and suggested the government to include them in the compulsory certification list. The ministry has moved a summary in this regard to the cabinet and the law ministry for approval and subsequent issuance of SRO.

According to sources, the Ministry of Science and Technology had received numerous comments and inputs from all stockholders to enforce the standards.

As per the documents, a parliamentary committee on National Food and Security took notice of complaints against the tractors being manufactured locally. PSQCA, being the national standards body, was directed to develop ‘national standards’ on tractors to ensure quality conformance.

“Following the directives of the parliamentary body, and after detailed deliberations and proceedings on various technical and local environmental aspects discussed in numerous technical/national standard committee meetings, PSQCA has developed the Agricultural Tractor Performance Test Code and proposed the inclusion of the same in Compulsory Certification Marks Scheme of the authority,” the documents stated.

It has been learnt that Section 14 (1) of PSQCA Act (VI) stipulates that the federal government may, in consultation with the authority and by notification in the official gazette, prohibit with effect from such date as may be specified in the notification, the manufacture, storage, and sale of any article specified herein which does not conform to the Pakistan Standard.

According to sources, the tractors account for most of the farm mechanisation in Pakistan and the country is now on the verge of complete localisation in terms of production.

They said although the prices of tractors in Pakistan are relatively low, the farmers were reportedly concerned about the quality of new tractors coming into the market. The low prices of Pakistani tractors have given manufacturers an edge in international markets, as they are exporting the tractors to Afghanistan and many African countries. However, exports are limited to certain countries due to “internal agreements between the brand owners and their Pakistani producers” and also due to the lack of technological advancement in local tractors.

It is pertinent to mention that the tractor market is growing rapidly in Pakistan, as over 60,000 tractors were sold in 2017 alone. The market is dominated by three manufacturers, namely Millat Tractors (Massey Ferguson), Al-Ghazi Tractors and IMT Tractors; their market share is 60, 35 and one per cent respectively. Smaller brands, such as Belarus Tractors, John Deere and others, import tractors as completely built-up units (CBU) and semi knocked-down (SKD) units and cater to the remaining four per cent. Production capacity stands at 70,000 units per annum and models range from 55 to 85hp. Due to the indigenization programme initiated in the 80’s by the Pakistan Tractor Corporation, the industry has reportedly achieved 95 per cent localisation in terms of production.