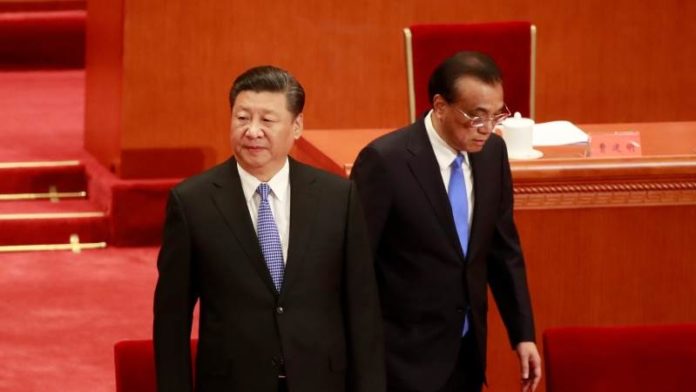 BEIJING: China wants to resolve problems with the United States through talks but it must respect China’s choice of development path and interests, President Xi Jinping said on Thursday ahead of a meeting with the US leader in Argentina.

China and the United States have put tariffs on hundreds of billions of dollars of each other’s goods and US President Donald Trump has threatened to set tariffs on the remainder of China’s $500 billion-plus exports to the United States if their blistering trade dispute cannot be resolved.

Trump’s administration has also accused China of interfering in US politics, charges China strongly denies, and the two have sparred over the disputed South China Sea and self-ruled Taiwan, which China claims.

Still, Trump and Xi plan to meet on the sidelines of a G20 summit, which is being held in Argentina at the end of November and early December, for high-stakes talks as the two countries try tentatively to get ties back on track.

Meeting former US Secretary of State Henry Kissinger in Beijing, Xi said he and Trump would have a “deep exchange of views” in Argentina, the official news agency reported.

Xi said attention should be paid to “the increase in negative voices related to China in the United States”, without elaborating.

Speaking earlier, the Chinese government’s top diplomat, State Councillor Wang Yi, said Xi and Trump reached an important consensus on the healthy and stable development of bilateral ties in a telephone call last week. Their meeting at the G20 summit would be of “great significance” in resolving bilateral problems, Wang said.

“That will be of great significance for both sides to manage differences effectively and resolve issues in a practical way,” Wang told reporters.

Wang said China stood ready to work with the United States to remove disruptions, build trust and prepare fully for the meeting.

“We believe that meeting will help chart the course for China-US relations,” he said, following talks with Australian Foreign Minister Marise Payne. Wang added that the more complex the situation is, the more important it is for both sides to remain “level-headed”.

Relations between the two countries have warmed since the Xi-Trump telephone call, laying the ground for their G20 meeting.

In a further sign of improving ties, Chinese Politburo member Yang Jiechi and Defence Minister Wei Fenghe are set to hold a security and diplomatic dialogue with U.S. officials in Washington on Friday.

Meeting US national security adviser John Bolton in Washington ahead of those talks, Yang said on Wednesday that the two sides should “properly manage differences and carefully prepare to ensure positive results in the Argentina meeting”, China’s Foreign Ministry said in a statement.

“China is committed to working with the US to achieve a no-confrontational, conflict-free, mutually respectful co-operation in which both sides win,” added Yang, who heads the ruling Communist Party’s foreign affairs commission and outranks Wang.

However, speaking in Singapore at a forum on Wednesday, former U.S. Treasury Secretary Henry Paulson said there was a risk of an economic “Iron Curtain” falling between China and the United States unless China carried out reforms and that some people in the United States would like to “divorce” China.