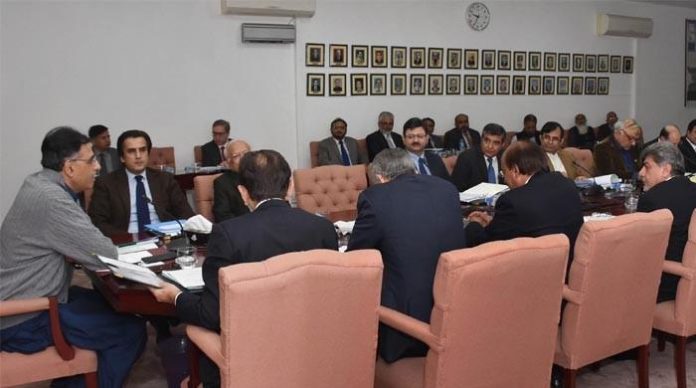 ISLAMABAD: As the government has decided to initiate practical work on the much-delayed Diamer-Bhasha Dam, the Executive Committee of the National Economic Council (ECNEC) on Wednesday approved a power plant to provide required electricity supply to the project.

The new plant, which would cost Rs5 billion, would be installed in Diamer area to provide electricity to machines, offices and other installations of the dam project, sources said.

The proposal for constructing a power plant was earlier given by the Ministry of Water Resources. Subsequently, ECNEC approved to include Tangir Hydropower (15MW) in the Diamer-Basha Dam project. The committee has approved the revised cost of the entire project of Diamer-Bhasha Dam at Rs479.686 billion.

According to sources, since the government has already decided to execute work on the construction of dam first bifurcating the dam and power plant projects to reduce the overall cost of the mega-project, the ECNEC has approved the revised cost of the project at Rs. 479.686 billion.

The government was required to arrange over Rs 1200 billion for the entire project of Diamer Bhasha dam. With the approval, the government will now be constructing dam only leaving the power plants part to be decided later with foreign investment.

According to an official statement of Ministry of Finance, ECNEC discussed and accorded an approval to a project related to evacuation of power from hydropower projects of Suki Kinari in Mansehra, Kohala in Muzaffarabad and Mahal in district Bagh at a cost of Rs79,929.73 million.

The main objective of the project is to construct a 500kV transmission network to provide interconnection facilities for evacuation of electricity from the abovementioned projects being constructed under CPEC.

The project aims to support solar power in Sindh and to increase access to electricity. The project will also improve energy security and fulfil Pakistan’s international commitments on climate change.

ECNEC also directed the Power Division to come up with a report covering all facets relating to power production, its effective evacuation/transmission and distribution. The report, ECNEC observed, would help set a direction for undertaking power projects in future.

The meeting approved rehabilitation project of Dargai hydroelectric power station, Malakand, at a cost Rs4,050.364 million. Completion of the project will help enhance the capacity of the power station to 22MW.

The meeting also discussed and approved the Balochistan Water Resource Development Project (Zhob and Mula river basins) at a cost of Rs16,453.40 million. The project will provide sufficient relief to the districts of Muslim Bagh, Qila Saifullah, Zhob, Khuzdar, Jhal Magsi and part of Kalat.

Meanwhile, the committee was updated on the Peshawar Sustainable Bus Rapid Transit Corridor Project. It was informed on the need to expand the scope of work beside other issues necessitating a revision in project cost. Taking into account the facts, ECNEC approved the revised the cost of the project at Rs66.437 billion with June 2019 as the stipulated date of completion.