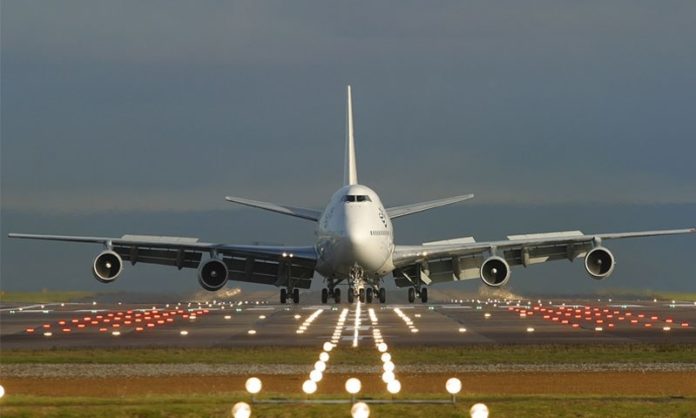 ISLAMABAD: The Pakistan International Airlines (PIA) has taken action against two of its employees who were found involved in money laundering, the airline’s Chief Executive Officer (CEO) Arshad Malik told a Senate committee on Thursday.

He was briefing the Senate Standing Committee on Aviation held here at the Parliament House on Thursday to discuss matters related to Pakistan International Airlines (PIA).

The meeting was chaired by Senator Mushahidullah Khan and was attended by Senators Moula Bukhsh Chandio, Nauman Wazir Khattak, Mir Hasil Khan Bizenjo and others.

Senator Mushahidullah Khan directed Malik to submit a report on the action taken against those who were found involved in money laundering.

In response, the PIA CEO said that the names of employees who were suspected of being involved in the crime had been provided to security agencies and that they were being watched.

A secretary of the Civil Aviation Authority (CAA) told the lawmakers that as per the directions of the prime minister (PM), the authority had set up offices for security agencies at each airport. “The agencies will monitor movements on airports through CCTV cameras,” the official revealed.

He also informed the committee that a joint control room had been set up to prevent smuggling and money laundering.

Furthermore, the PIA CEO also informed the committee that PIA has successfully migrated from SABRE to the next generation Passenger Services System (PSS) HIT IT.

“PIA had been using the old system for 18 years. Information technology has entirely changed in the past few years and now offers even more opportunities for better customer service. PIA’s new PSS will not only help the airline upgrade its technology to meet global benchmarks but also to streamline its operations, augment its service offerings, reduce costs by half, create opportunities new revenue streams but also improve the passenger experience,” he said.

“During the initial few days PIA faced some small disruptions due to change of equipment and the issues related to training of staff, however, both the issues have been addressed and the results are encouraging. On the whole, the cut-over has been very successful without even a single flight cancellation, major disruption or system shutdown,” he added.

He said that the airline’s employees are getting control and expertise of the new system and the operational efficiency is improving with each passing day.

“In October 2018, a total of 13,292 flights were operating and not even a single flight was cancelled due to system change,” he said while adding that the value of sales were approximately Rs9.5 billion.

The collapse of a passenger boarding bridge on October 9 was also discussed in the meeting. Civil aviation officials informed the committee members that a high-level board of inquiry has already been ordered by the CAA.

They said that two officials were injured during the incident, including bridge operator Mudasar and loader Munir from the Royal Airport Services (RAS) staff.

“A design fault has been identified as the cause of the collapse according to an interim report,” they said.

The committee advised that a Pakistan Air Force (PAF) member must be included in the committee as to further provide a helping hand in rectifying the error.

It was further directed that a well-qualified person who has been receiving training abroad particularly for this particular purpose must be included in the committee as well.