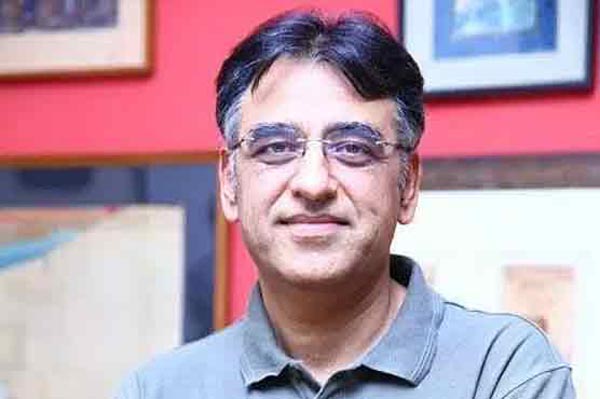 ISLAMABAD: Amid massive devaluation of the rupee against the US dollar and volatility reigning the stock markets, Finance Minister Asad Umar on Tuesday claimed that the Pakistan Tehreek-e-Insaf (PTI) government has “overcome the economic crisis”.

The minister’s claim came a day after the Pakistan Stock Exchange (PSX) lost over 1,000 points in a single day against the backdrop of the sixth depreciation of rupee since December last year.

“The financing gap for the current fiscal year has been plugged”, the minister claimed, rubbishing reports of any economic crisis in the country. He was speaking at the inauguration of the 11th South Asia Economic Summit in Islamabad.

“All the fundamental economic indicators are now improving with exports witnessing an upward trend while the imports are decreasing and the current account deficit is also being overcome gradually,” he added, urging the media to refrain from airing “rumours” about the economy.

“Spreading rumours about the national economy would not do any good to the country,” the minister said, adding that the fruits of the PTI government’s vibrant economic policies would soon be visible.

A few days after the depreciation, the PM told journalists on Monday that the State Bank of Pakistan (SBP) didn’t take the PM Office into confidence and that a mechanism was on the cards under which the SBP cannot devalue the currency without government’s consent.

The finance minister said the central bank would remain an autonomous body and it would continue to take such decisions. He, however, mentioned the need to improve the communication mechanism [between the government and the central bank] and its further institutionalisation.

The apparent autonomy of the central bank also led to a “verbal spat” during his meeting with the PM and top PTI leadership.

Sources had told Pakistan Today on Monday that Umar offered to resign from his office after he was criticised by Prime Minister Imran Khan for giving a free hand to the State Bank of Pakistan (SBP) to devalue the currency at will. However, the government denied these reports.

Since December last year, the currency had cumulatively depreciated by 29.5 per cent. As rupee continues to depreciate against the US dollar, the minister said the situation is improving, pointing out that US dollar had been on the rise since last year.

His statement was similar to PM Imran’s remarks about the dollar. “The [rupee] adjustment is a temporary phenomenon. We are facing a crisis in foreign exchange. Our indicators are now in the right direction, we will not face the issue in the future,” the PM had said in an interview.

Though the government claimed rupee depreciation to be a “temporary phenomenon”, the major demands put forth by the IMF for the bailout include increasing general sales tax (GST) to 18 per cent, further depreciation in the rupee and a tighter monetary policy.

Talking to Pakistan Today, Pak Kuwait Investment Co AVP Research Adnan Sheikh said, “In line with expectations, the rupee continues its three-monthly slide against the dollar and at this rate, we are on track for Rs160-170 by June next year.

The continued depreciation of the rupee signals that the central bank has decided to let the rupee further depreciate against the dollar in line with IMF’s demand and to boost exports, the analyst further said.

Referring to economic cooperation with other SAARC countries, the finance minister expressed his disappointment by the attitude shown by India. “The response from the Indian side is unfortunate, we hope that this SAARC cooperation will be strengthened in the future.”

“We really need to think out of the box solutions, amid tensions and political confrontations between the two states,” said Umar.

He added that the country’s growth driver is intra-regional trade, especially between India and Pakistan. “Our ability to meet the need of the people and getting people out of poverty depends on promotion the intra-regional trade and taking steps in the right direction.”