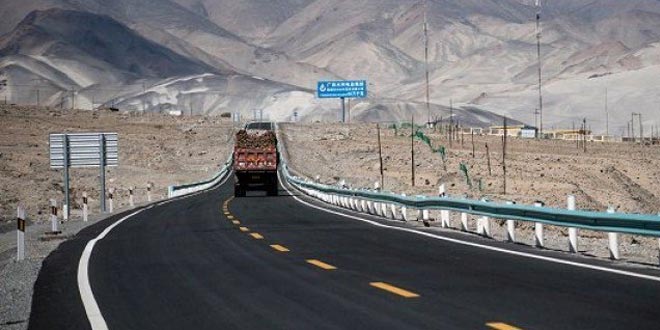 ISLAMABAD: Pakistan and China on Monday agreed to expand China Pakistan Economic Corridor (CPEC) to new areas of cooperation in line with the vision of the Pakistani leadership.

During the first round of political consultations between Pakistan and China held in the Ministry of Foreign Affairs, the Pakistan side conveyed that the CPEC was a national priority for the government and Pakistan remained committed to the successful implementation of the corridor.

Foreign Secretary Tehmina Janjua led the Pakistani delegation while the Chinese side was led by Vice Foreign Minister Kong Xuanyou. Both sides held comprehensive discussions on the entire gamut of bilateral relations.

They reaffirmed “All Weather Strategic Cooperative Partnership” between the two countries and expressed their satisfaction at the strong bilateral ties in political, economic, security, cultural and other spheres. The two sides also agreed to build upon the consensus reached between the leadership of the two countries during the visit of Prime Minister Imran Khan to China.

Both sides also exchanged views on international political situation with a particular focus on Afghanistan and South Asia.

They also expressed satisfaction at their robust cooperation in multilateral fora and reiterated their resolve to further augment it in the future.

However, the planning ministry on Saturday clarified that the western route was part of the CPEC and that it would be completed as soon as possible to ensure upliftment of the less developed areas of KP and Balochistan.

Referring to the Baloch leader statement, which was published in a section of press, the ministry spokesman had said that the statement was completely incorrect, baseless and wrongly attributed to the minister.

“Makhdoom Khusro Bakhtiar has time and again stated on different forums that Western route is part of CPEC and that Chinese financing for the western route project ‘Upgradation of D I Khan (Yarik) – Zhob, Phase-I (210 km)’ was one of the important deliverables for the next Joint Cooperation Committee of CPEC, scheduled to be held in the 3rd week of this month,” he had said.

He said the present government attached top priority to the development of Gwadar on the principles of blue economy.