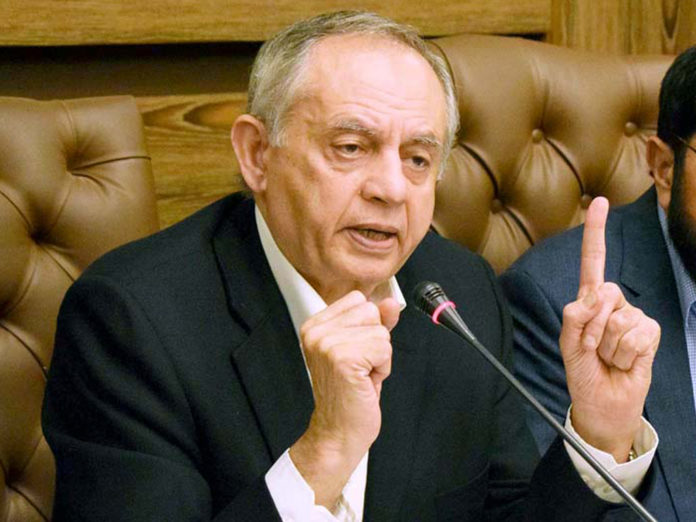 ISLAMABAD: Advisor to the Prime Minister on Commerce and Trade Abdul Razak Dawood on Monday underscored the importance of furthering trade and investment relations between Japan and Pakistan and invited Japanese businesses to explore the same in Pakistan.

The advisor was speaking at a seminar titled ‘Trade and Investment Opportunities in Pakistan’ at the Ministry of Economy, Trade and Industry (METI) of Japan, according to a message from Tokyo.

The seminar was jointly organised by Japan External Trade Organisation (JETRO), METI, Pakistan’s Ministry of Commerce and Textiles and the Embassy of Pakistan in Japan. Around 200 participants, primarily from the Japan business community, attended the seminar.

Highlighting Pakistan’s economic credentials like positive macroeconomic trends, growth potential of the local market, vibrant demography, low production costs, availability of rich natural resources and a liberal investment regime, the adviser said that out of all the G-7 countries, Pakistan had a long-standing trade and investment relationship with Japan.

He said that there was a need to build upon the reserves of historical linkages, goodwill, understanding and respect for ‘brand Japan’ in Pakistan.

The adviser also elaborated the economic agenda of the new government under the leadership of Prime Minister Imran Khan and how it was determined to overcome the current economic challenges through peace-oriented, investment-friendly, development-focused and people-centric strategies.

The advisor said that the balance sheets of multinational corporations in Pakistan itself reflect that they are making profits. He underlined that Pakistan had graduated from its traditional sectors of textile and leather to the export of engineering goods.

The advisor also invited the Japanese companies to look into the IT sector, small and medium enterprises and agriculture value chains for investment.

The current presence of 86 Japanese companies in Pakistan with some enhancing their investments while new ones entering the Pakistani market coupled with JETRO’s recent annual survey ranking Pakistan as the first in terms of business growth expectation, profitability and local employment was also highlighted on the occasion.