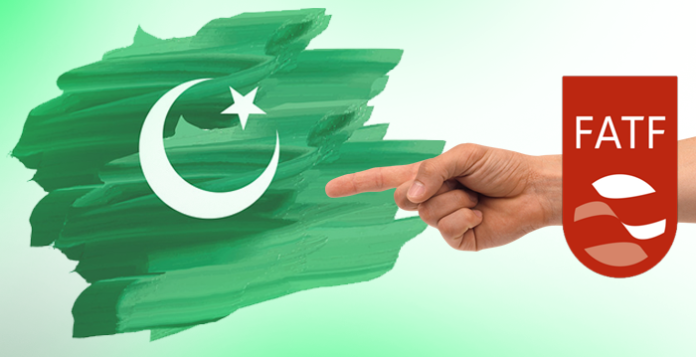 ISLAMABAD: In a major operation against money laundering facilitators, the federal government has launched a countrywide crackdown against officials of the Federal Investigation Agency (FIA), Pakistan Customs, Anti-Narcotic Force (ANF) and other relevant departments.

According to sources, the government has launched a massive crackdown against elements involved in money laundering, terror financing and capital flight from Pakistan whereas a six-member ministerial committee is monitoring the actions being taken to ensure compliance with protocols of the Financial Action Task Force (FATF).

“FIA, ANF, Customs, Coast Guards, Naval Intelligence and all law enforcement agencies have become a part of the crackdown and operations are being conducted across the country.”

An FIA inspector, they said, was arrested from the Peshawar airport on Friday as he tried to board a plane while carrying 200,000 British Pounds Sterling. “Officials of Pakistan Customs arrested the accused and his accomplice who had been facilitated by FIA officials at the airport.”

“Customs department has registered an FIR against both the officials,” sources said and added that the arrest was a part of the massive swoop launched on directions of Prime Minister Imran Khan, who wants Pakistan to strictly comply with the standards identified by the FATF.

“Under past regimes, the FATF team had to shuttle between various ministries. PM Khan has formed a dedicated team to deal with the issue and in the future, there would be only one team handling the matters related to FATF. Under the strategy, a pyramid of ministers has been formed to deal with the matter. Finance Minister Asad Umar and State Minister for Interior Shehryar Khan Afridi are leading the six-member ministerial committee that also includes Minister for Foreign Affairs Shah Mahmood Qureshi, Minister for Defence Pervez Khattak, Minister for Law Dr Farogh Nasim and Advisor to PM on Commerce Abdul Razzak Dawood. Prime Minister himself is overseeing the entire operation,” sources said.

“Zero tolerance would be observed against capital flight, money laundering and terror financing as part of the crackdown.”

All state institutions are on board as well, sources said, adding that all steps were being taken in coordination with the armed forces. “Representatives of intelligence agencies have been named and in initial meetings, targeted actions have been launched too. The action being taken is multipronged and multidimensional.”

“The Financial Monitoring Unit (FMU) is taking the lead in this monitoring operation while the State Bank will ensure that banking and financial channels are being closely monitored to ensure no leakage of money is possible.”

“FIA, on the other hand, has been tasked to lead operations against hawala and hundi. FIA DG Bashir Memon himself is supervising these operations and commendable results are coming,” sources said and added the agency was also making sure that no movement of cash was being made through illegal means.

“Illegal capital is mostly sent abroad through land, air or sea routes. Border management is crucial in this regard. Since fencing along the Pak-Afghan border has entered its final stage, the movement of cash through land has become a remote possibility. We have also blocked the possibility of cash transmission through sea and air routes. Customs, Coast Guards, Maritime Security and Naval Intelligence have been directed to ensure no possibility of smuggling currency through sea routes. For land, law enforcement agencies’ action and fencing of borders are being reinforced,” they said adding that for air routes, FIA was in the lead role along with other subordinate agencies to keep a check on any illegal movement of cash.

“We have also directed FIA, FC and other paramilitary forces to block all smuggling routes.”

Another official working on the implementation of the FATF framework said that Pakistan had been singled out owing to “political reasons” as well.

“The FATF dictates became more stringent after Marshall Billingslea assumed the position of its president,” the official said and added that a country which itself had issues like smuggling, illegal financing among others was now penalising Pakistan purely on political reasons.

“But we are taking measures to comply with FATF guidelines for our own good. We believe Pakistan needs to plug loopholes for its own good and are committed to meet these guidelines,” the official said.