From Jakarta to Buenos Aires, the world feels Fed’s sting 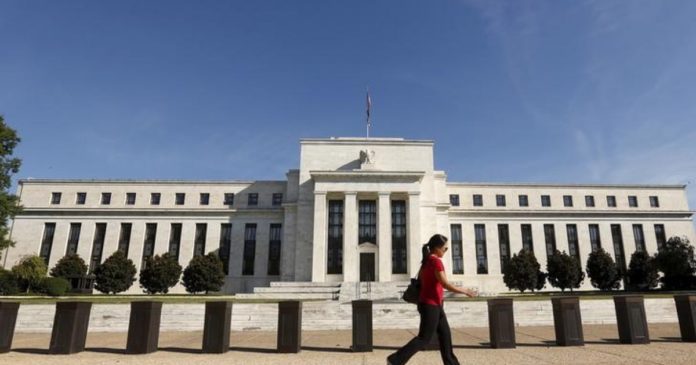 JAKARTA: When the US Federal Reserve kept lifting interest rates this year, a world away in Jakarta profits dropped to next to nothing at Andy Kurniawan’s shop selling collectible action figures.

The Fed’s decisions lifted the dollar and hit the Indonesian rupiah, making importing the figures more expensive, but Kurniawan resisted the urge to jack up prices, avoiding the folly of his favorite character, the Hulk.

“Everything is a wreck” when the green-skinned Hulk unleashes his fury and destruction, he said in his shop filled from floor to ceiling with toy boxes. “But I have to be brave enough to cut my margins, hoping that people will still come to my business.”

When in Washington the US central bank taps the brakes to cool the world’s biggest economy, as it is poised to do again this week, the effects ripple far and wide. Complaining does not bring much, though some officials have called on the Fed to be more sensitive to the impact its actions have on emerging markets, or to at least better telegraph its intentions.

US President Donald Trump has also blasted the Fed for going too fast and too hard, with little success.

By raising interest rates and shedding its own asset holdings, the Fed makes US government bonds more appealing relative to riskier overseas investments. This effectively tilts the playing field against emerging markets by boosting demand for dollars at the expense of other currencies.

The central bank acknowledges its influence extends beyond US borders, but argues it is bound by a mandate of containing inflation and seeking maximum employment at home.

William Dudley, speaking to media before retiring in June as New York Fed president, said the Fed’s actions should not surprise anyone and there were steps policymakers elsewhere could take to prepare and adapt.

“Some of these countries have large fiscal balance deficits and current account deficits, and they are dependent on foreign capital to continue on their current fiscal path. That probably would have been problematic in any case,” Dudley said. “So laying all of this at the feet of the balance sheet normalization is probably going a bit too far.”

The long-awaited US rate lift-off from virtually zero began three years ago. But only early this year the Fed hit its stride with quarterly rate hikes and the gradual shedding of assets it had been buying to help the economy recover from the 2007-2009 financial crisis.

Capital outflows from emerging markets in favor of relatively higher-yielding US assets and the strengthening dollar intensified around April. Months later, three or four of the 30 employees at TAAD, a light-switch manufacturer on the working-class outskirts of Buenos Aires, were about to lose their jobs. The company’s president, Daniel Araujo, said the plunging local peso currency made raw copper and plastics the firm imports so expensive that he had to halve production.

“We found ourselves against the wall,” he said. “Our profitability right now is almost zero … We weren’t able to pass any of the cost rise on to the prices of our products.”

For inflation-plagued Argentina, the timing of the Fed’s dollar-boosting tightening could have hardly been worse. The International Monetary Fund’s $57 billion lending package has helped stabilize markets, but the peso’s 50 percent slide against the dollar this year battered local firms that depend on imports and which were already reeling from average corporate borrowing rates rising above 70 percent.

As a result, the Argentine economy, which the government had initially forecast to grow at 3.5 percent this year, is now seen contracting 2.4 percent according to a central bank poll of analysts.

It was unfortunate that the Fed’s tightening spurred investors to pick off vulnerable economies just as Argentina was navigating its delicate structural adjustments, said Patricia Perez-Coutts, portfolio manager at Westwood International Advisors in Toronto.

“Just like wildebeests when they cross a river and the lioness picks out the young and the ill… and the rest of the herd keeps moving,” she said.

In Indonesia, the central bank has mentioned the Fed as a factor in a series of aggressive rate hikes that helped stabilize the rupiah after its latest leg in a 35-percent six-year decline. The campaign, however, came at the cost of slower growth for the trillion dollar economy.

Working out of South Jakarta’s busy shopping mall, Kurniawan, 37, struggled to cover the rent of his corner store and pay his employee as the rupiah sank to a 20-year low and prices of Hong Kong- and US-made collectibles soared.

Hoarding some dollars helped save the six-year-old business, he said, but with profits “almost zero” it was not enough for daily activity.

Both the Fed’s crisis-fighting measures and their later unwinding have shaped global capital flows, investment and, often, policy decisions in other countries more than ever before.

That impact was already on full display in 2013 when then-Fed chairman Ben Bernanke’s suggestion the central bank would start scaling back, or “tapering,” bond purchases in the months ahead triggered a “taper tantrum” – a broad selloff that included emerging-markets’ stocks and bonds and took months to reverse.

Five years later, many of the same countries are feeling the squeeze again as the Fed’s tightening gains momentum.

Argentina and Turkey suffered the most in the midyear rout that exposed their heavy reliance on foreign-currency funding.

But the selloff, which has since partly reversed, also rocked stronger economies such as Russia, which raised rates for the first time since 2014 in the face of inflation and foreign sanctions.

The Fed is expected to lift rates by another quarter percentage point on Wednesday, though doubts are growing about how much farther it will go next year.

While economies with high fiscal deficits and foreign debt suffered the most, even South Africa’s relatively strong public finances did not make it immune to investment outflows. Those only gained pace in August, when the rand got caught up in the broad selloff that battered the Turkish lira.

Despite a later rebound, the rand is 14 percent down against the dollar so far this year. South Africans blame the wobbly currency and weak economy primarily on volatile fuel prices, inflation, the government or the uncertainty around plans to allow land appropriation without compensation. Yet ultimately global financial markets headwinds and the institution that is behind them are the source of those domestic frustrations.

Urjit Patel, who was Governor of the Reserve Bank of India until this month, in June called on the Fed to mitigate the impact its shedding of Treasury bonds combined with increased government borrowing had on dollar-funding in emerging markets.

“The Fed must respond by slowing plans to shrink its balance sheet,” he wrote in a guest column for the Financial Times. “If it does not, Treasuries will absorb such a large share of dollar liquidity that a crisis in the rest of the dollar bond markets is inevitable.”