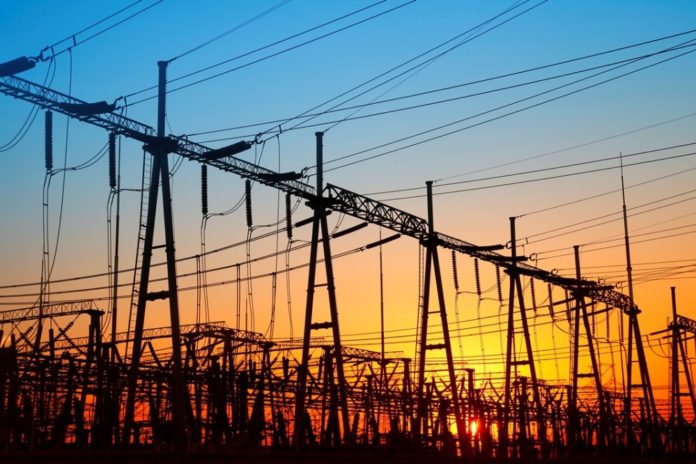 ISLAMABAD: The Pakistan Tehreek-e-Insaf (PTI) government is set to implement a comprehensive energy policy covering all elements of the energy supply chain, demand management, and pricing policy by the end of May 2019 for better functioning of the sector, said sources on Tuesday.

Sources in the Power Division informed Pakistan Today that the incumbent government while responding to some questions of the International Monetary Fund (IMF) regarding the country’s energy sector, has communicated that the government will implement a comprehensive energy policy by the end of May next year.

They said the government has informed IMF that a national level energy plan is currently being developed and will be submitted to the National Electric Power Regulatory Authority (NEPRA) by the end of May 2019 in order to streamline generation in the national grid and to enforce a reduction in the basket energy price.

Sharing the details of PTI government’s ‘assurances’ to IMF with regard to energy sector reforms, sources said the government believed that the energy sector was saddled with considerable problems, including price distortions, insufficient collections, poorly targeted subsidies, governance and regulatory deficiencies, low efficiency in energy supply and distribution and inadequate attention to planning as a tool for optimal decision-making (particularly with regard to location, fuel choices, etc.).

The government told IMF that an energy sector task force has been constituted with representatives of relevant federal ministries, experts and key stakeholders, which would meet regularly and take key decisions on a timely basis to further develop the policy.

About price adjustments issue, the government told IMF that the power sector reforms were initially based on “quick wins” and short-term measures, which contributed to the alleviation of energy bottlenecks and fiscal adjustment.

In this respect, as a first step, a three-year plan will be developed to target the Tariff Differential Subsidies (TDS) and to bring tariffs to cost recovery level, along with cost-cutting and efficiency measures to reach full cost recovery in the electricity sector along-with tariff adjustments.

These tariff adjustments would improve resource allocation and efficiency and would ensure cost recovery which has been stranded for more than 24 months.

The plan would be approved by the government and would begin with the notification of NEPRA-determined tariffs for FY2018 by January 10, 2019.

The plan, along with the implementation of the first step, would be undertaken by January 10, 2019, to kickstart reforms.

This action (11pc increase) would ensure a recovery of Rs1,465 billion out of determined revenue requirement (RR) of Rs1,611 billion by NEPRA for the future tariff period of one year, including subsidies for the sector.

This recovered RR would include recovery of Rs166 billion stock of receivables structured in the tariff as Prior Year Adjustment (PYA).

The deferred costs of Rs146 billion included only Net Hydel Profits (NHP) which would be brought into the tariff after the 12-month tariff period for recovery.

The PYA would be a one-time action and would reduce the stock of circular debt.

In addition, the costs of servicing the existing syndicated term credit finance facility, which was issued to cover some past losses, would continue to be incorporated into the notified uniform base tariff.

The first step would be to incorporate a mechanism to ensure complete cost recovery. Industrial support package of Rs3 per unit as announced by the government would continue for one year that would be sustained through sectoral efficiency improvements and adjusted with sectoral outstanding liabilities, and would not form the fiscal support required from the government, which has already yielded Rs13 Billion during first two quarters of the current financial year.

The new notification would address the stock to the extent of Rs166 billion. The sector’s full cost recovery and efficiency plan would ensure zero flow/build up of circular debt arising out of higher losses and lesser recoveries from the end consumers by the DISCOs.

This objective would be reached through a phased increase of recoveries and reduction of losses resulting in zero flow because of sectoral inefficiencies.

From 1st July 2019, these targets would be met through provisions in the amended NEPRA Act.

Tariffs for consumption between 0-300 kWh would be retained, while income support programmes would cushion the impact of future tariff increases on the most vulnerable segments of the population.

In the second and third year of the programme, subsidies would be phased out for all domestic consumers consuming above 200 units and all other categories of consumers.

The PTI government also informed IMF that a plan is being implemented to resolve the difficult legacy of circular debt arrears.

In the short run, the government would arrange Sukuk or LTFF to ease out liquidity of sector.

In this respect, out of Rs734 billion of payment arrears from private consumers identified as of end September 2018, the government would develop a comprehensive plan to recover them in the first six months this will yield about Rs70 billion from the recovery of stocks and improvement in current recovery and losses.

The plan would help reduce the losses by up to 1pc and improve recovery to 3pc from the current levels, yielding Rs140 billion within a year.

In order to eliminate flow and buildup of circular debt beyond FY19, elements contributing individually to the buildup of CD will be addressed.

A comprehensive plan addressing these elements and timelines for each would be prepared by the end of June 2019.

The other major circular debt build-up elements like AJK would be addressed through policy directions to NEPRA for incorporation the tariff under the Mangla raising agreement to eliminate the requirement of subsidy.

Solarisation plan for the agricultural tube wells in Balochistan will ensure no build-up due to non-payments from the end consumers through a gradual conversion of existing tube wells in phases.

PC-1 for the same will be prepared by end March 2019. July 2019 onwards the outlook of the sector would be to have a zero build up due to sectoral inefficiencies, subsidized non-realization and regulatory gaps.

In case of any accumulation of circular debt subsequent to July due to sectoral inefficiencies, that will be addressed through new tariff determination under the NEPRA act.

Sources further said the government told IMF that a key shortcoming of the current electricity sector has been the limited ability to collect revenue for energy supplied, due in part to a lack of specific real-time data on energy flows, which results in inadequate compliance with usage restrictions.

In order to address this issue, strengthened performance contracts will be developed and signed with all power sector companies to tackle losses, raise payments compliance, and improve energy efficiency and service delivery.

Distribution companies (DISCOs) would also be empowered to take commercial decisions on power allocations, allowing them to impose differential outages on neighbourhoods with low payment rates (as is already done in Karachi).

This new arrangement, along with the installation of smart or prepaid metering trees and theft control technologies like ABC cables, would allow better load management in the national grid and would reduce losses.

In the short-run, the government would move to a web-based reporting portal to monitor electricity draws to reduce overdraws and improve information flows.

The antitheft campaign started would be implemented throughout the country and would yield the desired efficiency improvements.

Sources further informed about the government’s point of view on the supply-side management of the energy sector presented before IMF.

They said the government told IMF that current energy generation is tilted towards the use of costly fuel oil. Changes in the energy mix are required to decrease production costs.

The government is now prioritizing the use of gas, coal and hydel rather than fuel oil. The plan is to phase out RFO-based generation to reduce the import bill and improve cost to the end consumers. Use of natural gas by the power sector would deliver savings in production costs.

In order to further improve supply, rehabilitate and up-gradation of electricity transmission and distribution facilities to reduce technical losses and increase the availability of the energy for delivery would be continued.

Moreover, to enhance energy supply, the government would continue the development of hydropower projects—the cheapest source of supply will also be undertaken.

The additions of projects in the renewable side would be made through a competitive bidding process to ensure the best possible price to improve the overall basket price.

Last but not least, the PTI government informed IMF that the government has assigned the highest priority to improve energy sector governance and transparency.

The independence, accountability, and administrative capacity of the regulatory body, NEPRA, would be augmented to strengthen governance.

To reduce circular debt accumulation and to improve and reduce the regulatory lags in tariff determinations, a mechanism like automatic fuel price adjustments (FPA) would be implemented on a quarterly basis by end June 2019. This would ensure curtailment in the regulatory time gap and elimination of tariff increase necessitated due to one-year tariff determination period.

For transparency, a web-based reporting of dispatching, merit order of all power plants, and payment records to stakeholders would continue to be updated.

Furthermore, the operations of Central Power Purchasing Agency (CPPA), specifically in the area of billing, would be shifted majorly to ERP by end of January 2019. The newly enacted NEPRA Act would ensure modernization of the power market, said sources.