Finance ministry ‘discreetly’ imposes up to Rs20.93 per litre levy on POL products 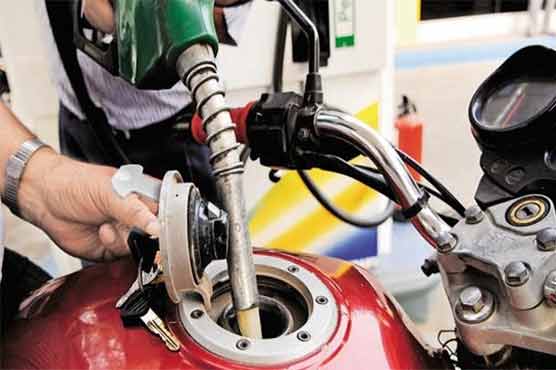 ISLAMABAD: The Finance Ministry, in an apparent bid to meet the revenue shortfall, has decided to collect an additional revenue of Rs25 billion from the masses by ‘silently’ imposing up to Rs20.93 per litre levy on petroleum products, said sources.

According to insiders, the Ministry of Finance has decided to additionally charge the masses on account of petroleum levy on POL products to meet revenue shortfall of approximately Rs173 billion. Around Rs25 billion would be collected from the general public in the month of January.

Sources said petroleum levy imposed on the fuels usually used in common cars (petrol, diesel) has been increased by Rs14 to Rs20.93 per litre, while the rate of petroleum levy on fuels used in luxury vehicles (high octane blended component) has been jacked up by only Rs2 per litre.

Previously, petroleum levy of Rs12 per litre was imposed on HOBC, while Rs10 on petrol and Rs8 on diesel (HSD).

Sources informed that general sales tax imposed on POL products has been increased by 4pc to 16pc and fixed at 17pc. They said that the finance minister had stopped the ministry from imposing more than 17pc GST on POL products apparently for two reasons. First, to avoid severe public wrath coupled with harsh criticism from the opposition parties and second, with an additional collection of GSTs, the provinces would enjoy more benefits than the centre.

They said instead on increasing GST, petroleum levy on POL products was silently increased apparently to avoid the criticism from opposition and public, while the additional amount to be collected under the head PL would be in the use of the centre instead of provinces.

Sources said the Finance Ministry failed to pass on the full relief to the masses in line with fuel prices in the international oil market, adding that the government announced only partial relief in the prices of petroleum products for January.

They said that maximum per litre price of petrol could be Rs65 and maximum price of high-speed diesel (HSD) could be Rs77 per litre, given the crude oil price of $55 per barrel in the global oil market.

It is pertinent to mention that the incumbent finance minister used to criticize the former government for not passing on the full relief to the masses in line with the crude price in the global market.