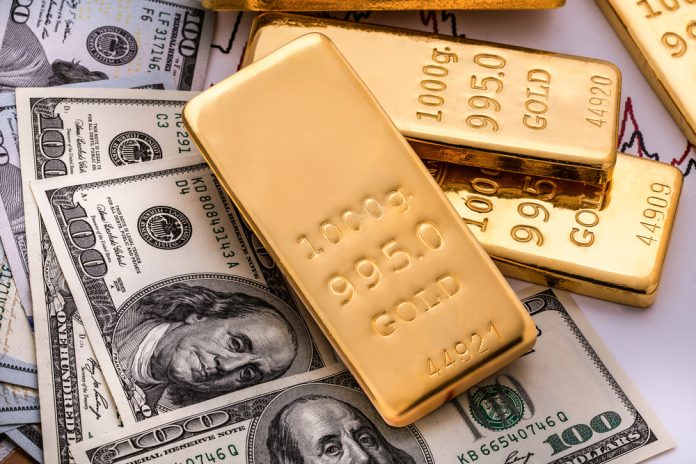 BENGALURU: Gold prices edged lower on Tuesday, hovering near a three-week low touched in the previous session, as a firmer dollar made bullion more expensive for buyers using other currencies, even as concerns about a global slowdown mounted.

The dollar hovered near 2-week highs against its peers on Tuesday.

The dollar’s rise weighed on gold, which has climbed more than 10 percent since mid-August, largely because of equity market turmoil and a weak dollar.

Asian shares slipped on Tuesday on pessimism about world growth after the International Monetary Fund trimmed its global growth forecasts. However, this did not influence gold prices.

Fed officials have left little doubt that they want to stop raising interest rates, at least for a while.

Spot gold may fall to $1,268, as it has broken a support at $1,279 per ounce, according to Reuters technical analyst Wang Tao.