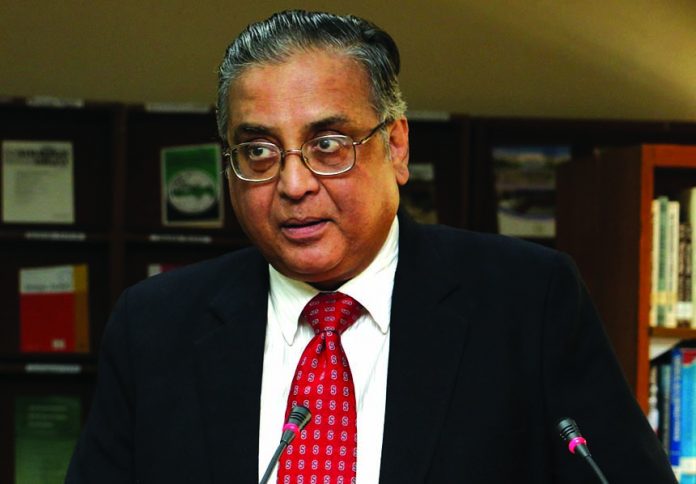 Move our exports up the value chain

In the short term, we have no other option but to stabilise the country and the economy. Hopefully, once we have stabilised it, in the next two or three years, we can probably move on to a somewhat higher growth trajectory of about 5-6%.

At this point in time, we would probably go down in terms of growth to about 3.5-4% at the maximum. Historically, we have ended up with a balance of payment crisis because we followed a policy of import substitution, which has limits to it in terms of internal market growth. Had we followed an external export-led growth strategy, we would probably have found ourselves in a better position. Other countries like India, in the ‘90s, switched to an export-led growth strategy and their exports went up almost six times in just a decade. Bangladesh has done well and they have very solid results. Their per capita income has, more or less, caught up with Pakistan and they have been able to sustain their international transactions.

The defect lies in the strategy which was not focused on sustainable external relations through export-led growth.

The other problem we have had historically, which doesn’t explain the business cycle but explains the long-term growth rate, is that our investment rates are relatively low. In the Musharraf period, the investment rate approached to about 20%. In the Ayub Khan period in the ‘60s, it was between about 20-25%. Now we are down to about 15-16%. Pakistan’s two big constraints have been a lack of export-led growth and a lack of relatively high level of investment.

The problem with the import-substitution strategy is that although we are a very large country, our per capita income hasn’t been going up very rapidly. And then there are limits to market growth.

The other thing with the import substitution strategy is that it is doomed to failure in the presence of free trade agreements (FTA) especially with China, which counts to about 60-70% of our manufactured imports excluding POL products. There is no way we can compete with the Chinese, particularly with the FTA. They have wiped out a whole set of industries in Pakistan. They have access to concessional tariffs and in some cases zero tariff.

More importantly there is a massive under-invoicing going on. The only hope we have is high-value added agriculture and value-added textiles. We have about 20 products where our exports are $100-250 million dollars. That is where we need to diversify our exports. Import substitution cannot work unless we cancel or renegotiate the FTAs.

Another sector where we have hope is the information technology (IT) sector. It has a lot of potential. Indian technology companies want access to Pakistan’s IT labor force because the Indian IT sector is overdeveloped. The result is that the IT technologists and engineers in India are extremely highly paid whereas our salaries for these IT engineers and graduates are today one half or less than what Indian technologists are getting.

But Indian companies are unable to enter the Pakistani market because we don’t have an agreement yet on services.  We really need to expand trade with India especially in the IT sector because it will open up opportunities for Pakistani technologists and engineers. There is scope there but while the South Asia Free Trade Agreement (SAFTA) is partly functional and SAARC Agreement on Trade in Services (SATIS) is non-functional.

Moreover, Pakistan has not yet granted MFN status to India and maintains a negative list with its neighbor. We have a trade deficit with India which is about 2.5 times what we export to India.  The problem is that we never really had a very strong medium to long-term strategic trade policy. There is no orientation towards exploiting international opportunities and developing our agriculture and trade in line with market opportunity. A shocking fact is that Indian export of jewelry is more than Pakistan’s total exports. There was a time when Pakistan was able to get its export of jewelry up to $1 billion, which is now less than $10 million. Pakistan never had a strategic orientation towards developing exports.

One of the lessons of the development history is that small and medium enterprises are often at the cutting-edge. That is where you really see the innovation, the ground-level transfer of technology. Even to this day, 40% of South Korea’s exports are by small enterprises. That is where our focus should be [for exports]. Even today, SMEs of Pakistan, especially the ones located in Punjab, export up to 60% of their output, whereas for our manufacturing industry (large scale industrial units), their exports are not even 25% of their output.

The government has an important role to define industrial development but it should only be to the extent that there should be regulations to prevent emergence of monopolies and cartels. We need to have a very effective Competition Commission and the Securities and Exchange Commission to check the manipulation going on in our industries. Take the example of sugar, automobiles, cement, pharmaceuticals and all these big industries. They are engaging in monopoly and transfer pricing and we are doing nothing about it. 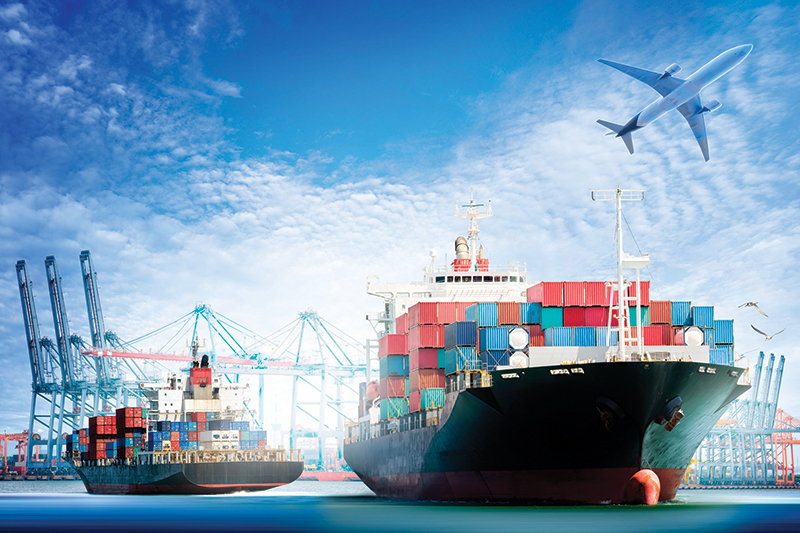 The government should, however, provide subsidies to agriculture. It is something that is done globally. Following Partition, we exported agricultural products to India. Today, we are importing cotton from them in large quantities. That is because India has massively subsidised agriculture. India provides $27 billion in agriculture subsidies, including $15 on fertilizer. Consequently, the price of urea in India is less than half in Pakistan in dollar terms.

To manage the external accounts, import rationalization measures can also help achieve certain goals. We have tried a few things in the past. The first thing we need to do, which we did after sanctions were imposed upon us following the nuclear explosions and it worked very well, is that we need to use the increasing interest rates more effectively to control imports. We need to introduce cash margins of 10-30% across the board except for three items: petroleum products, fertilizers and medicines. We have introduced some cash margins on luxury goods but that is a very small import base. We have to do this across the board.

The second thing we need to do is check the under-invoicing of Chinese products by imposing minimum import prices. We used to have a regime of international trade prices in the late ‘90s but that was more to control valuation by customs. We have to go for minimum import prices on key imports from China like iron and steel for example. India is levying minimum import prices on 28 critical items, including some items from China and a few items in FTA with Sri Lanka. This is admissible within WTO rules and regulations. We also need to have stronger National Tariff Commission which can explicitly identify under-invoicing.

We also need to adopt a managed float regime to manage our exchange rate. At no stage must our real effective exchange rate get overvalued. In the Ishaq Dar era, our currency was 27% overvalued against a weighted average of a few currencies including the dollar. After the latest devaluation, our currency is more or less correctly valued.

There are so many things that we can do to improve our revenue side. But we need to have a revitalized revenue authority [to collect taxes]. Our Federal Board of Revenue (FBR) needs fundamental reform. There is enormous scope on the revenue side. Pakistan’s tax gap is close to 3-4% of the GDP. Enhancing revenues does not require revolutionary steps. Through sensible and rational steps, we can improve our tax-to-GDP ratio and extract an additional Rs1 trillion at least, for the national exchequer.

Unfortunately, however, Pakistan at this point in time does not have the capacity either to conceive or implement strong structural reforms.