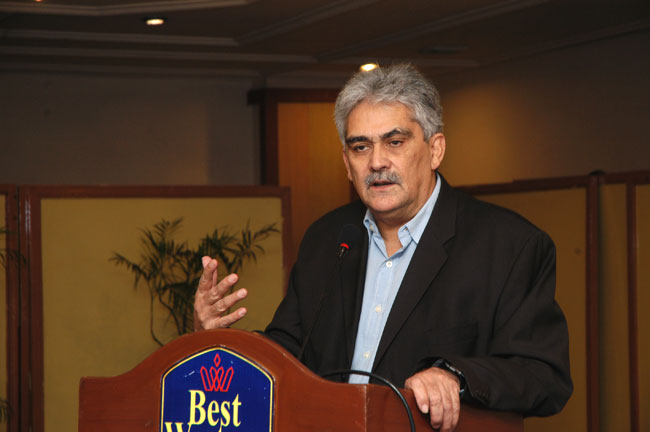 For the Pakistani economy to triumph, we must develop our cities

Pakistan’s economic strategy started with the Harvard Advisory Group and Dr Mahboobul Haq. However, we never changed it, nor did it evolve. We are still stuck there. That was a very simple strategy. We were a new country. The international development world had just started. They wanted to mend and look after us like parents look after little babies. They created a model of which Dr. Mahboobul Haq was a part. The model included development through establishing infrastructure on borrowed money. They wanted to give us money as we were a low savings country. Sadly enough, the world has changed, and we are still pursuing the old model.

But while we are a resource-constrained economy dependent on foreign aid, we borrow to postpone reform. We are also in love with vanity projects.  Successive governments in Pakistan prefer external borrowing to finance ill-planned and unnecessarily expensive projects like Metro buses, Orange Line trains, Islamabad airport and an excessive expansion of universities.

It is not surprising that research, both inside the Planning Commission and in academia, has found that the returns on the PSDP are low and perhaps even negative.

Economics has moved on. Planning is not considered useful or doable. Developing industry at any cost or merely looking for dollars is considered old style “mercantilism.”

These old policy ideas have now been replaced with new thinking where growth is no longer considered to be arising merely from projects and industry. Instead, the economy grows when entrepreneurial and innovative activity thrives. Note an entrepreneur is not a man with money who got some license and cheap land and credit to set up an industry. An entrepreneur is a person who sets up a new business or businesses, taking on all financial risks without any help from the government. Do you ever see Bill Gates or Steve Jobs asking for government help?

The government should also stop acting like a father and tell people what to do. In a society, entrepreneurs, thinkers and innovators should be allowed to express themselves. In the Mahboobul Haq period, the role of the government was of a socialist which prompted the government to undertake excessive planning and control the markets strictly. But that model had failed even in the Ayub period. The role of the government is not to decide how to control the market: what should be bought and what should be sold, but to define the limits of the economy very clearly, formulating rules and policies that maintain a clean marketplace for the buyer and seller to interact.

The government should not provide direction and incentives without having the relevant knowledge. Without such knowledge, the government cannot decide which businesses should be run and which supported. If an industry is unable to stand on its feet, it is okay to let it die. Around the world, industries die! Bankruptcy is not such a bad thing. Why are we stuck with the 70-year-old industries that we keep alive through subsidies?

What then should the government do? The government should monitor the economy through research and analysis. Let the local businessmen devise a strategy according to the economic conditions prevailing. If allowed to operate freely, the forces of supply and demand will eventually bring everything to equilibrium, whether it is import demand or export supply. Businesses must manage exports and imports to maximize their profits.  It is not the government’s job to export for them or to give them subsidies to do their work.

The government must stand ready to resolve disputes in a timely manner as they arise in business. A competent legal framework to facilitate economic transactions and coupled with an effective and efficient judicial system, will foster innovation and entrepreneurship to let the economy thrive and people to prosper.

An important hub of growth which we overlook, is cities. Our cities have been overregulated to choke out investment. And so is the construction industry, which stimulates growth and revitalizes many other industries. Expensive land in the cities is being underutilized. Prime land is occupied by big houses instead of high-rise buildings, which have more economic value. When cities are dense and properly developed, entrepreneurship comes there inevitably.

If developed properly, like in the western economies, cities can add almost 4% of growth to the economy. Unfortunately, government bureaucracy is vested in keeping the unproductive and slow-growth urban sprawl alive. Cities are spreading at the cost of the environment and economic growth. Yet there is no debate or thinking on this subject.

Whichever way you look at it, we need to deregulate our cities to allow more construction and high-rise development. To my mind this is a must for accelerating growth.

All this needs to be reinforced with civil service reform. As Max Weber pointed out, the civil service is the keeper of the rules, the maker and implementer of policy and regulation, and the monitor and evaluator of policy and programmes in all countries. It is the name given to many bodies of diverse skills many organizations, numerous work and reporting processes as well as a multiple checks and balances.

In Pakistan, it has become concentrated and monopolized by a group of generalists. It lacks skills and checks and balances and has no work processes or policymaking skills.

In most of the government, we have even lost the understanding of what a policy is. The policy is now at the whims of politicians. Frequent policy changes are bad for business. Policies such as tax policy should be very clear and defined for a long term, with no room for arbitrary changes. Moreover, no policy or legislation should be passed which the government is incapable of financing. Policies should be based on research and there should be monitoring reports on how the policy is working. That is essentially the work of the bureaucracy.

We are facing a crisis repeatedly for the last 40 years. The crisis in Pakistan’s economy is essentially because of excessive dependence on unnecessary loans for wasteful expenditures. Without reform for productivity, we can keep on this treadmill of a crisis.  If we make a more thoughtful government, deregulate our cities and markets, stop trying to prop up tired old industries, develop new laws and justice system, we will clear the room for entrepreneurship and innovation. If we let our cities have the imagination to create all kinds of activities. The cities will create these activities themselves, without the government’s support, if they have the space to do it.

If we develop a modern civil service capable of midwifing a 21st-century market and city, we will generate large investment flows to generate the required 8% growth.

If we deregulate the market place so that for the ‘survival of the fittest’ and not coddling the aged vested interest, we will grow exports and industry needed to absorb our youth bulge.

Dr Nadeemul Haque is former Deputy Chairman of the Planning Commission and served for several decades as an economist at the International Monetary Fund.