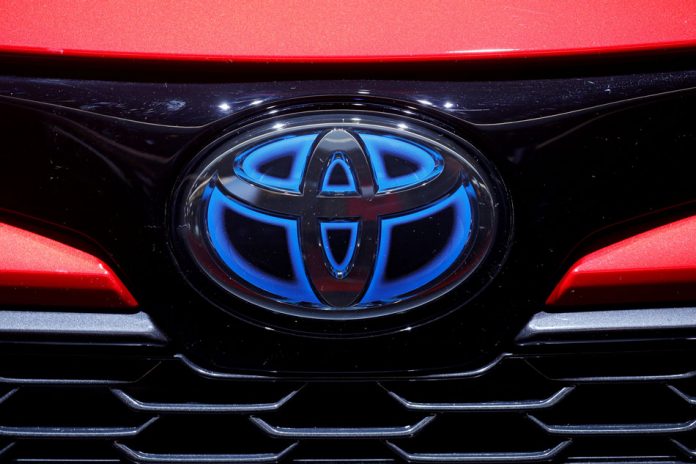 TOKYO: Japanese car giant Toyota slashed its full-year net profit forecast on Wednesday after saying its nine-month figure had tumbled nearly 30pc as it was hit by investment losses.

The firm’s senior managing officer Masayoshi Shirayanagi also told reporters there was no way to avoid a negative impact in the event of a no-deal Brexit — days after fellow Japanese carmaker Nissan announced a cut in production in Britain.

The maker of the Camry sedan and Prius hybrid now expects annual net profit of 1.87 trillion yen ($17 billion) instead of the 2.3 trillion yen it projected three months ago.

The new forecast represents a 25pc plunge from the previous year.

Toyota shares ended down 0.72pc at 6,703 yen, reversing gains earlier in the day, as the results were worse than even the most pessimistic analyst had feared.

Net profits for the nine months to December came to 1.42 trillion yen, down 29.3pc from the same period the previous year.

Toyota’s bottom line was hit by losses of more than 350 billion yen on its investment portfolio, as the stock market fell in the final months of last year.

“The appraisal loss appeared to be a major factor that squeezed Toyota’s profit,” said Satoru Takada, an analyst at TIW, a Tokyo-based research and consulting firm.

Toyota left its forecasts of operating profit and sales unchanged for the full year to March 31.

It projected operating profit at 2.4 trillion yen and sales at a record 29.5 billion yen for the current fiscal year.

Regarding Britain’s exit from the EU, Shirayanagi said, “We cannot avoid the (negative) impact no matter how much we prepare beforehand if Britain leaves the EU with no deal.”

He said the firm “will monitor the situation, hoping that it will not happen”, adding it was not at the moment considering production changes.

Executive Vice President Shigeki Tomoyama said the company wants Britain “to avoid a no-deal Brexit at any cost”, as its assembling plant in Burnaston in central England which produces 600 vehicles per day would be affected.

The plant is operated under Toyota’s famous “just-in-time” system, holding limited stock on site and relying on flexible imports of millions of component car parts from the EU.

“We will have to halt the plant if the car parts are not brought in” from the continent, Tomoyama said.

On Sunday, Nissan announced it was cancelling plans to build its X-Trail SUV at its plant in northeast England despite Brexit assurances from the government.

Nissan Europe Chairman Gianluca de Ficchy said at the time that while the decision had been taken “for business reasons”, the “continued uncertainty around the UK’s future relationship with the EU is not helping companies like ours to plan for the future”.

Regarding the auto sector in general, TIW’s Takada said US President Donald Trump’s trade battles were continuing to “shadow the Japanese auto industry”.

“Immediate fears of extra tariffs on Japanese auto exports have been put off for now but they may revive depending upon Japan-US trade talks,” the analyst said.

“Japanese carmakers are also bracing for the impact of the US-China trade dispute,” he said.

Fellow Japanese automaker Honda last week logged a net-profit fall of 34.5 percent for the nine months to December but revised up its full-year forecasts thanks to strong motorcycle sales.

Nissan is to announce results next week, the first since its former chief executive Carlos Ghosn was arrested on November 19 for financial misconduct.