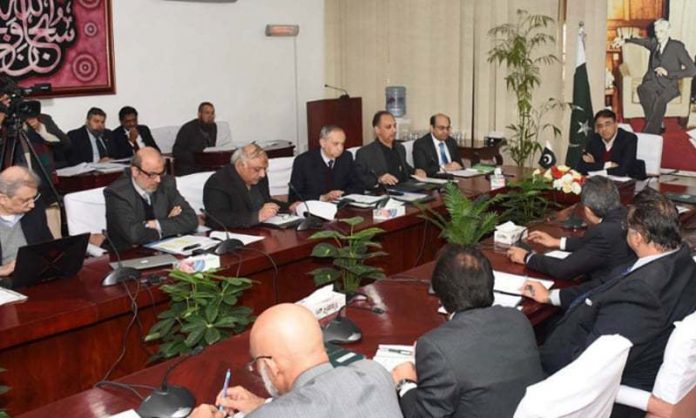 ISLAMABAD: The Petroleum Division is likely to table a revised gas tariff before the Cabinet Committee on Energy (CCoE) on Saturday (Feb 16th), as the government seems willing to review and facilitate gas consumers with regard to their monthly gas bills.

According to sources, the CCoE meeting held on 6th February had directed the Petroleum Division to revisit the gas slabs and put forward recommendations for CCoE’s consideration. The division was also asked to submit findings of the inquiry report into inflated gas bills to domestic consumers within ten days.

Sources said a revised gas tariff would ensure slab benefits to the gas consumers, adding that domestic gas consumers would feel relieved with the recommendations of next CCoE, as the government is expected to review the already approved gas prices.

They added that out of the total 6.4 million gas consumers of the Sui Northern Gas Pipeline Limited in Punjab and Khyber Pakhtunkhwa, approximately 92,000 gas consumers were handed excessive bills

“Prime Minister Imran Khan was extremely upset with the public anger that followed after the issuance of inflated gas bills,” sources said, adding that the government is mulling to end the anomalies in gas bills.

The sources further said that the initial findings of a probe into inflated and excessive gas bills to domestic consumers have already been presented to the ministers of finance and petroleum.

“The government would rationalise the prices of the first three slabs while it is expected that the price of the last slab would also witness a revision,” the sources claimed.

The government had earlier approved an increase in the price of natural gas ranging from 10pc to 143pc, and had categorised the gas consumers into seven slabs, instead of the pre-existing three, to “spread the impact of the gas price hike progressively”.

It is relevant to note that the Oil and Gas Regulatory Authority (OGRA) had proposed only three domestic consumer categories which were changed to seven in order to facilitate the low-end consumers. The slab engineering was not worked out by the directorate general of gas — a dedicated forum on the subject — but the directorate general of petroleum concessions (GDPC) which deals with gas price at the gas field and has nothing to do with retail consumers.

Earlier on Feb 6th, a CCoE meeting held under the chairmanship of the finance minister had taken up the matter of inflated bills to gas consumers during the month of December 2018. After getting a detailed briefing from the Petroleum Division, the CCoE had directed the division to review/revisit gas slabs for domestic consumers and submit recommendations thereon to the CCoE for consideration.

The Petroleum Division was also directed to conduct the audit of SNGPL through external auditors with reference to slab wise gas consumption and gas charges from October to December 2018, including verification of the average billing of consumers to identify any unusual variations, and analysis whether there are any discrepancies in the consumption and billing data of the company (SNGPL).

The committee had further directed the division to initiate a campaign against gas theft in order to bring down the losses of gas companies and submit a UfG (unaccounted for Gas) reduction plan for the next three years to the CCoE, which should include concrete measures to achieve the target.