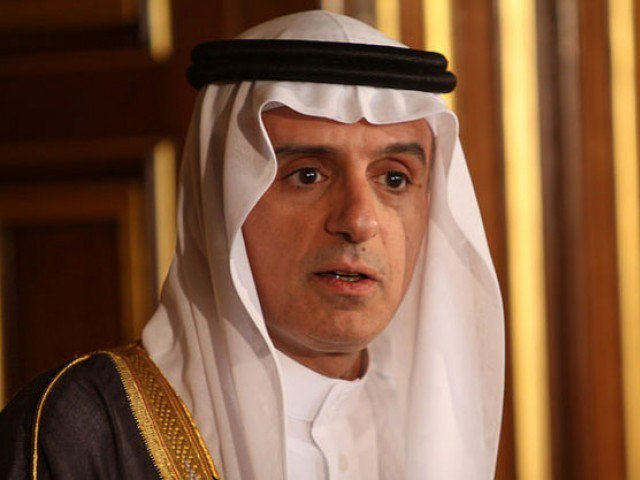 ISLAMABAD: Saudi Minister of State for Foreign Affairs Adel al-Jubeir said on Monday that the money given by Saudi Arabia to Pakistan is an investment and not “a form of charity”.

He said this during a joint press conference with Foreign Minister Shah Mehmood Qureshi in Islamabad.

FM Qureshi said that Saudi Arabia will invest $20 billion in Pakistan and seven memorandums of understanding (MoUs) have been signed with Saudi side and more will be signed soon.

The Pakistan foreign minister said that working groups and other high-level bodies for Saudi investment have been made time bound to meet regularly to follow the updates. The senior leadership of both countries will meet at least once a year to review the progress on these matters, he said.

Responding to a question, FM Qureshi said that Pakistan respects the sovereignty and territorial integrity of Iran. The Saudi foreign minister remarked that “Iran should be the last country to accuse others of terrorism”, in view of Iran’s recent allegations against Pakistan for facilitating a suicide attack that killed 27 troops.

FM Jubeir said that Iran has been “harboring terrorists” and Saudi Arabia has also been a victim of it.

Moreover, Jubeir said that an oil refinery will be set up at a cost of $10 billion in Gwadar as Saudi Arabia wants to “see Pakistan as an economically stable country”.

Replying to a question, he said terrorism is a common enemy and Pakistan, Saudi Arabia and USA are working jointly to eradicate this menace.

“We are working with Pakistan in order to reach reconciliation between the Taliban and Afghan government as Saudi Arabia wants a peaceful solution of Afghan crisis,” he revealed.

On Pak-India relations, he said that Saudi Arabis wants both countries to resolve their conflicts and have peaceful relations.