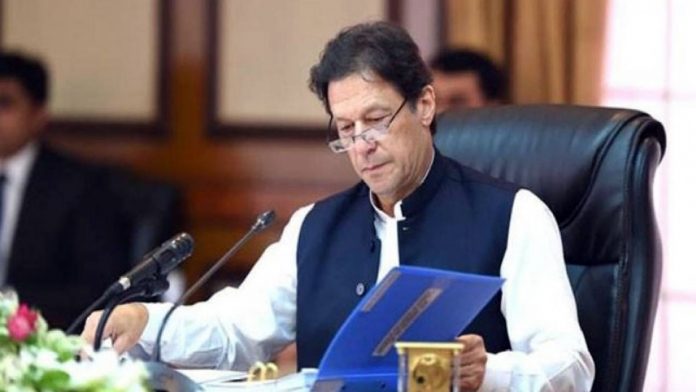 ISLAMABAD: Prime Minister Imran Khan on Tuesday directed the Federal Board of Revenue to expose the tax evaders and defaulters before the public through indiscriminate action.

He also asked the FBR to ensure appropriate proceedings against corrupt individuals in the revenue and tax departments who have been facilitating tax evasions.

The prime minister further directed the revenue board to facilitate the regular taxpayers instead of harassing them.

During the meeting, the prime minister observed that tax evaders were the enemies of the country and “they do not deserve any kind of leniency”.

Earlier, the FBR chairman briefed the prime minister about the latest steps taken for collection of taxes, broadening of the tax net, and recovery of taxes from the defaulters.

He apprised that a total of 6,000 cases of high net worth persons had been under consideration. “Out of the Rs2 billion income which is expected from the cases, Rs1.3 billion has been recovered so far,” he added.

He claimed that another sum of more than Rs1.5 billion has been recovered from 66 cases on which information collection and investigation process was underway.

In the offshore assets cases, he said, more than Rs6 billion outstanding taxes had been recovered, whereas, under section 214-e, Rs1.573 billion worth recoveries had been made.

The FBR chairman further apprised that mapping of about 2,000 plazas had been completed, whereas, for the collection of recoverable taxes, automated tax collection system had been installed at more than 2,500 points of sales.

“The FBR expects to generate Rs24.818 billion under the latest measures. Out of the total amount, Rs11.882 billion had already been received so far,” the meeting was informed.

The prime minister directed the board to utilise latest mechanism for recovery of taxes so as to bring the non-taxpayers under the tax net, besides providing facilities to the regular taxpayers.