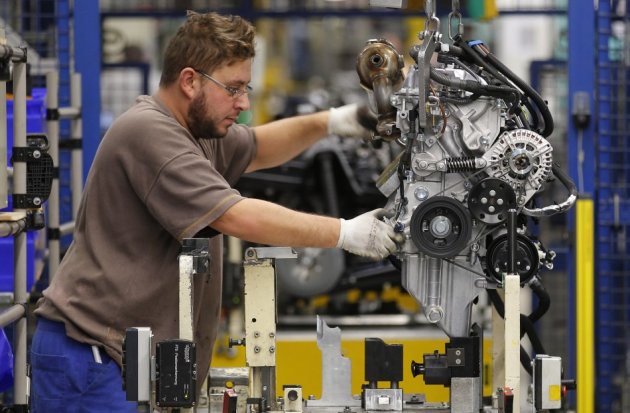 BRUSSELS: Eurozone manufacturing slipped into contraction in February, as an industrial slump in Germany continued to weigh down on the European economy, a closely watched survey showed Thursday.

In a first estimate, data monitoring company IHS Markit said a pickup in the services sector had stimulated business, but that the eurozone economy still remained “close to stagnation” because of industry.

IHS Markit cited a “combination of intensifying headwinds and concerns” including global trade war worries, Brexit and the downturn of the auto sector, most worryingly in Germany.

The IHS Markit purchasing managers’ index (PMI) for manufacturers only hit a lowly 49.2 in February, below the crucial 50 point level and signalling a contraction in activity.

The composite number, that includes services, remained in positive territory however.

It rose to 51.4 points in February from 51.0 in January, and was better than a forecast of 51.1 points made by analysts surveyed by data firm Factset.

The overall data indicates that gross domestic product (GDP) growth in the eurozone will struggle to reach a feeble 0.1 percent in the first quarter of this year.

“The limited national breakdown showed improvements in both Germany and France,” said Analyst Jack Allen at Capital Economics. However, “all is not well in the manufacturing sector,” he added.

Based on manufacturing problems, the European Commission this month sharply cut its eurozone growth forecast for 2019 to 1.3pc.

“For the ECB, which has been looking for clues about whether the slowdown was temporary or could be more severe, this week’s data will add to a more optimistic view,” said Bert Colijn Senior Economist at ING.

Still, given all the uncertainty, the ECB will likely “avoid further tightening” of interest rates for the time being, he added.